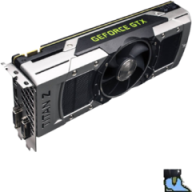 I'm working on a Pokemon X hack of sorts and I'd like to give it a custom 3DS home screen banner. As best I can tell, this is contained in two parts - the .bcwav file which is the little jingle that plays, and the .cgfx file which contains the model, textures, animations, etc. I've replaced the .bcwav file already, but the .cgfx file is what's throwing me off.
So far I've used a mix of EveryFileExplorer, Ohana3DS, Ohana3DS Rebirth, and SPICA to replace the texture files of the .cgfx. I cannot figure out how to replace the model though.
Yes, the model is compatible - I took the original, exported it, edited it, then saved it as an .stl, which is what Ohana3DS Rebirth saved it as. I also have it as .obj.
Does anyone know of a way to replace the model in a .cgfx file that doesn't require me to hex edit the .stl and .cgfx together somehow? I have all the files in a Google Drive folder, but due to new member restrictions I can't attach links.
Thank you!