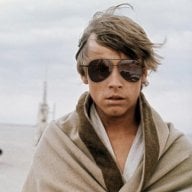 I recently purchased a used Wii U whose previous owner had done some homebrew/hacking. I have very little interest in homebrew/hacking, so I'd like to fully reset the console to factory default before I start to use it as my own to get the full experience of a "brand-new system." However, the console came with some games already on it (Zelda BOTW, WWHD, TPHD) that I would really like to keep.

My questions are these:

B. How can I safely reset my Wii U to a factory default, preferably eliminating all traces of homebrew, without bricking or otherwise damaging the system?

Please keep in mind that because I've never used homebrew, I am not familiar with all the terms and protocols that might be obvious to those of you in the community. I might need a little more guidance than the usual tech support seeker.

The Wii U displays the usual startup sequence. On my home menu, I see icons for "Haxchi" and "Homebrew Launcher" (two separate icons). After turning the system on, attempting to open "Homebrew Launcher" returns a 199-9999 error. Opening "Haxchi" followed by "Homebrew Launcher" opens the application successfully. I take this to mean that Haxchi is NOT set to run on cold-boot (i.e. CBHC is not installed). This allays some of my fears that doing a factory reset would brick the console. I do, however, plan to delete all previous Nintendo IDs and use my own pre-existing ID, so I'd like to know if that will cause any issues / how to do that safely as well. I also have the original SD card used to introduce the hacks, if that will be helpful. (Is it dangerous to turn on the system without that SD card inserted?)

The user and NNID that (presumably) introduced the homebrew are still on the console. I also know the person I bought it from, so I can ask them for information about it. If I can provide any other information that will be helpful, please let me know. Thank you!