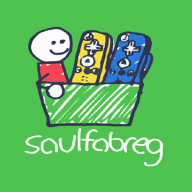 Because the min is 0.75, max is 1
Reactions: godreborn

well, I put the 1 version back on there, and the game booted up correctly. I guess it's hard to tell the brightness changes on my tv (at least with this game).
Reactions: SaulFabre

yeah, I think it's my tv is unusually bright, so you can't really tell a difference. it definitely doesn't look as dark as the examples, and I've decompiled the files to check if they were saved, which they were, and I did that from the system itself, so they're on there like that. super mario advance 3 does look very bright on my tv with either setting. I think there was a difference with my first attempt at golden sun, but I chose the name selection screen to show before and after, which was probably a bad choice. the after screen looks very bright/perfect though just as super mario advance does.