Region free seems to be the order of the day. I had not expected this out so quickly but that is what happens when you do not pay attention to schedules.

Sadly not a sequel to the 1993 Macross game but a new game from a new studio and published under capcom. The only reason I got to make that poor joke was because that is what came up in a search for remember me... Still Capcom have been putting out some good stuff this last year or so. Some might have heard about it when one of the devs talked about how having a female lead character was not looked upon favourably by those potentially in control of the purse strings and it had a decent trailer a couple of months back.

It seems to mean various things to various people with some noting it as a standout game with others mentioning Assassin's creed, Dishonored and Wet.
Have a little article that was quite nice to read
http://www.eurogamer.net/articles/2...s-is-capcoms-new-ip-the-last-of-a-dying-breed

Amazon words
Neo-Paris. 2084.Personal memories can now be digitised, bought, sold and traded. The last remnants of privacy and intimacy have been swept away in what appears to be a logical progression of the explosive growth of social networks at the beginning of the 21st century. The citizens themselves have accepted this surveillance society in exchange for the comfort only smart technology can provide. This memory economy gives immense power over society to just a handful of people.

Remember me is a 3rd person action adventure where players take on the role of Nilin, a former elite memory hunter with the ability to break into people’s minds and steal or even alter their memories. The authorities, fearful of her knowledge and capabilities arrested Nilin and wiped her memory clean. After her escape from prison, Nilin sets out on a mission to recover her identity, helped by her last and only friend. This search for her past leads to her being hunted by the very people that created this surveillance society.

Play as Nilin - an elite memory hunter with a clouded past – Become the most wanted memory hunter in Neo-Paris and experience the power to break into peoples’ minds to steal their memories. Gain the information you need directly from people’s heads, to complete your missions and recover your own memory.
Memory Remix - This innovative new gameplay mechanic allows players to use Nilin’s powers and alter parts of people’s memories in real-time gameplay. This will change characters’ complete perspective on their self-image and the people around them, which can have grave consequences for the world in 2084.
A balanced mix of combat and exploration - Fight your way through the different environments Neo-Paris has to offer, using Nilin’s profciency in martial arts, as both hunter and prey! 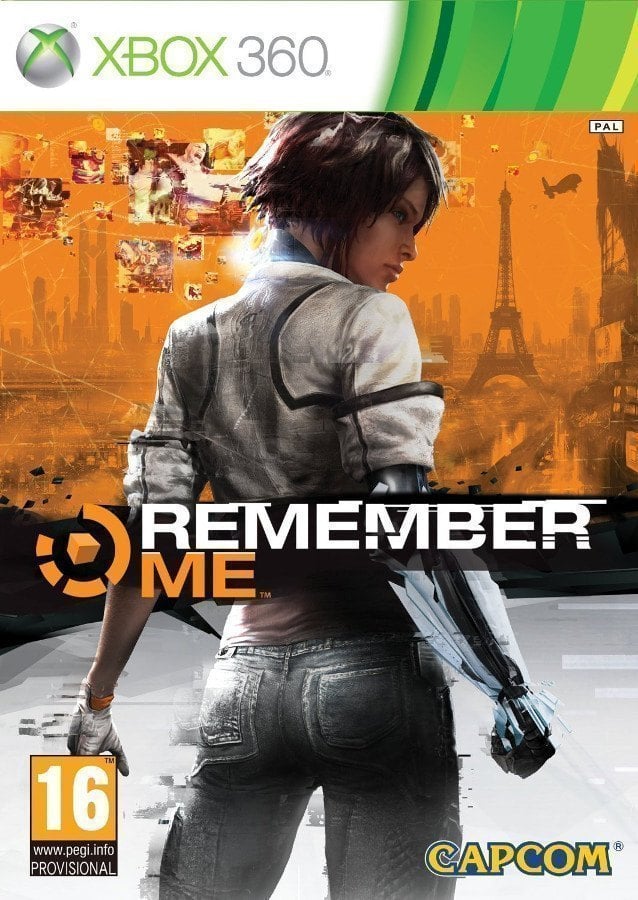 NFO
Waiting on a proper one, the fine folks over at nforush have one though.
http://nforush.net/nfo.html?rls=Remember_Me_XBOX360-STRANGE&nfo=63093
Reactions: Devin

@ kenenthk: Of course if it's with gamerzmum I'd rather not die that way 11 minutes ago
Chat 3