Log in Register
Menu
Install the app
You are using an out of date browser. It may not display this or other websites correctly.
You should upgrade or use an alternative browser.
Front-page Translation  Updated 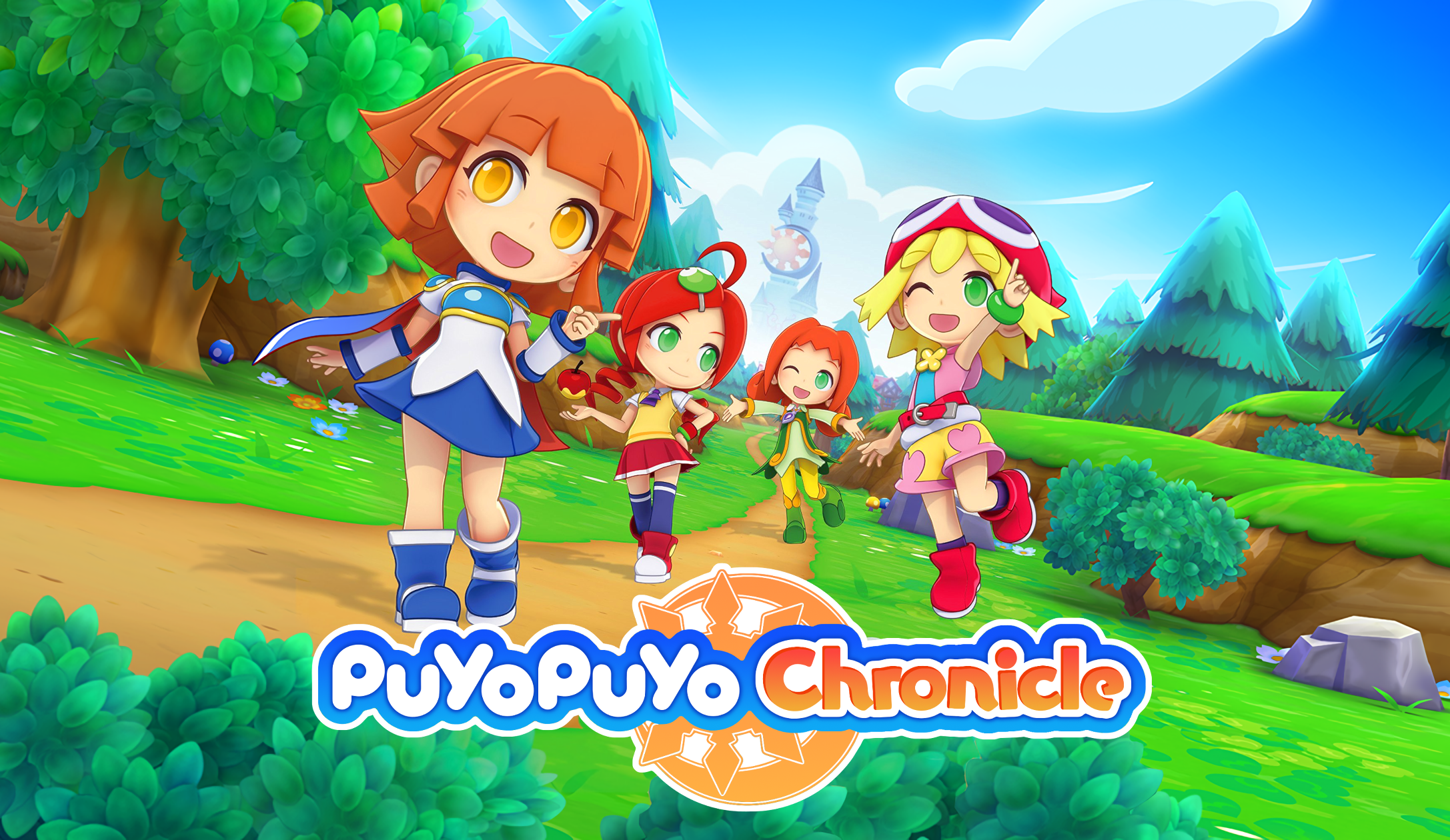 Puyo Puyo Chronicle is an action puzzle/RPG hybrid released for the 3DS in 2016.
It was developed to celebrate the 25th anniversary of the “Puyo Puyo” series and features a variety of game modes along with a sprawling RPG mode.

While playing with her best friend Carbuncle, Arle comes across a mysterious book...only to be sucked into its pages?! She suspects that this is the ploy of the usual culprit — the Dark Prince, Satan — but something seems to have happened to him...?

Now known as the "Great Hero", she is tasked with resolving the strange phenomena occurring in this fairytale land in order to find her way back home. Helping her out is her newest friend Ally, an eccentric love-enthusiast who believes in the prophecy, which proclaims that the Great Hero will restore harmony to the land through love.

While Arle has had her fair share of adventures, this may turn out to be the strangest one yet!
Click to expand...

The Puyo Puyo series is a popular and addictive action-puzzle game developed by Compile and is now owned by SEGA. Originally a spin-off of the dungeon crawler Madou Monogatari, it has eclipsed its predecessor's popularity and become a well-known e-sport in Japan. The gameplay involves matching 4 "Puyo" of the same color, which leads them to pop. Setting up a configuration in which Puyo pop consecutively is known as "chaining", and deals higher damage to your opponent.

Puyo Puyo Chronicle features many different modes with different rules, as well as an extensive lesson portion that you can browse at your leisure. The main RPG mode also uses this Puyo chain mechanic to deal damage to your enemies, and even gives you simple chains to start battles (though more experienced players can turn this off in the settings). So worry not if you're a beginner, you'll be chaining in no time!
Click to expand...

This is the second fully playable and fully translated English patch from the team at Precise Museum!
This patch features a complete translation of RPG mode, single-player, local multiplayer, and online multiplayer modes.
Everything from text to graphics has been fully translated into English, and it features familiar Puyo Puyo gameplay all presented in an adorably squishy and cute 3D format!
The patch download also includes an HD texture pack that can be loaded via Citra for more accessible gameplay.
Instructions for patching and how to use the HD texture pack can be found in the full download zip's readme.
Click to expand... 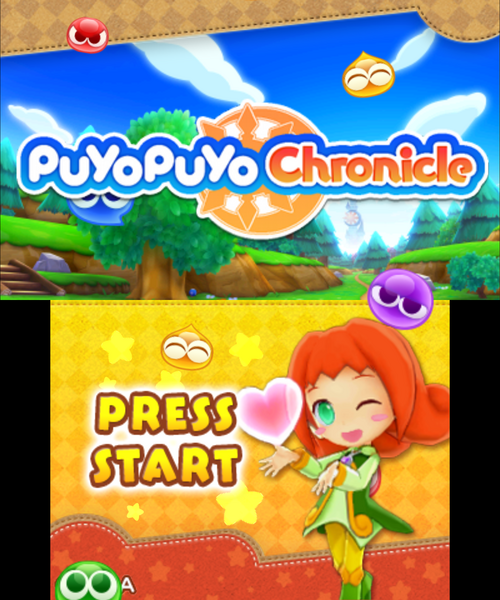 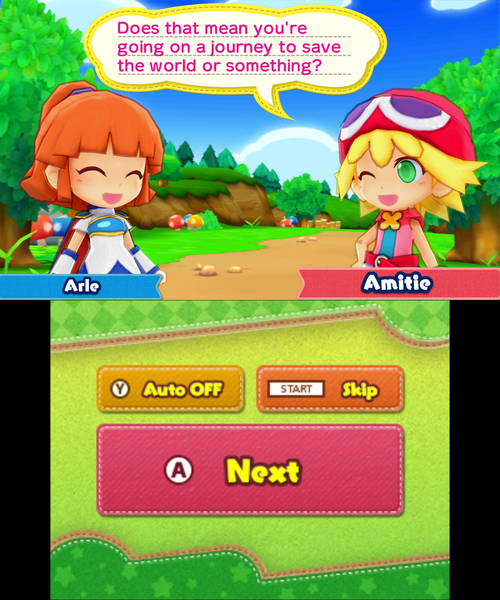 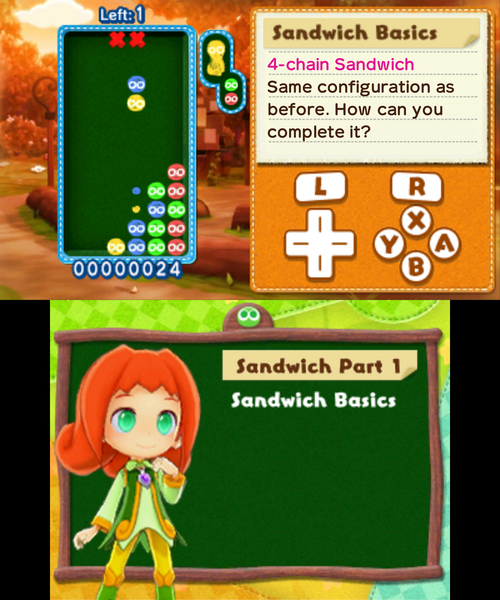 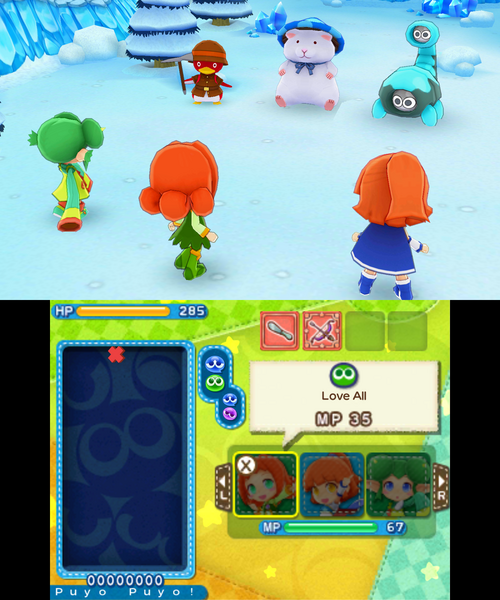 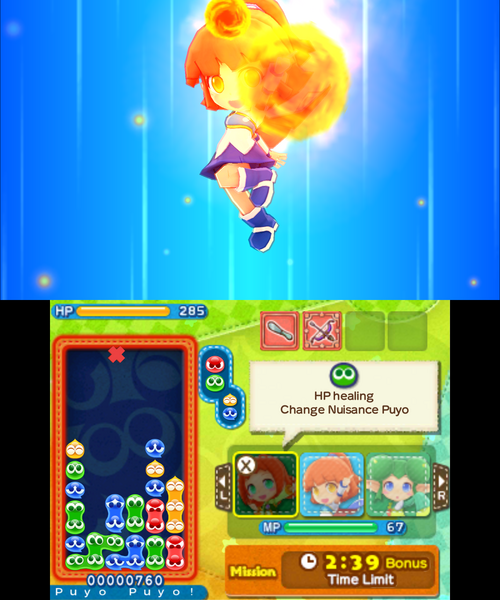 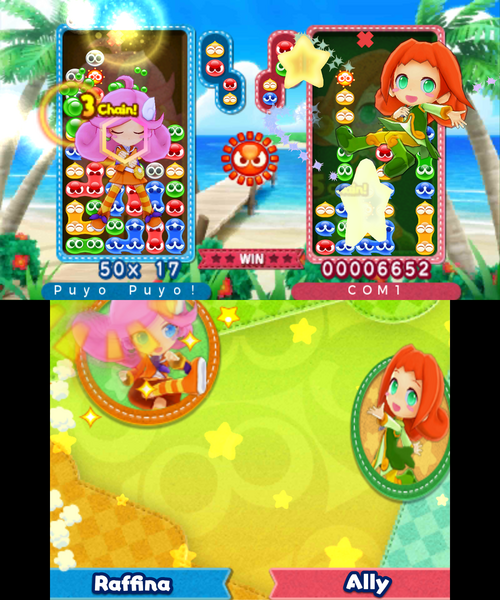 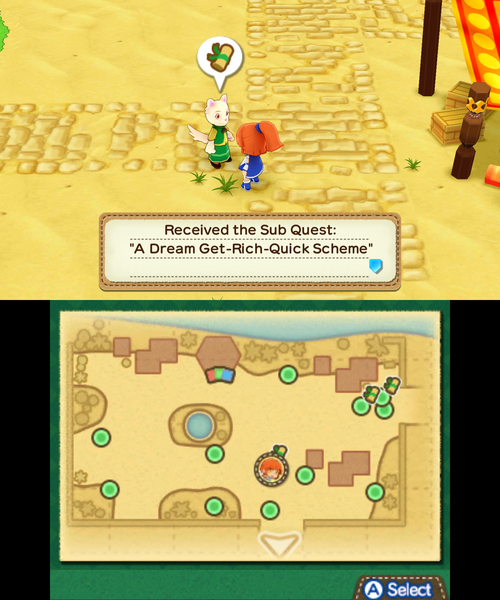 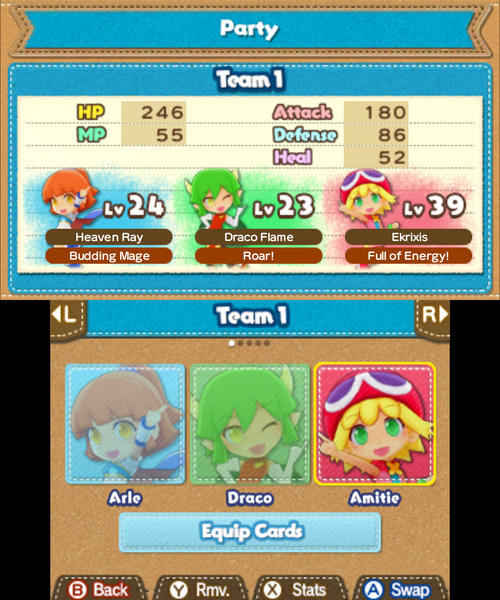 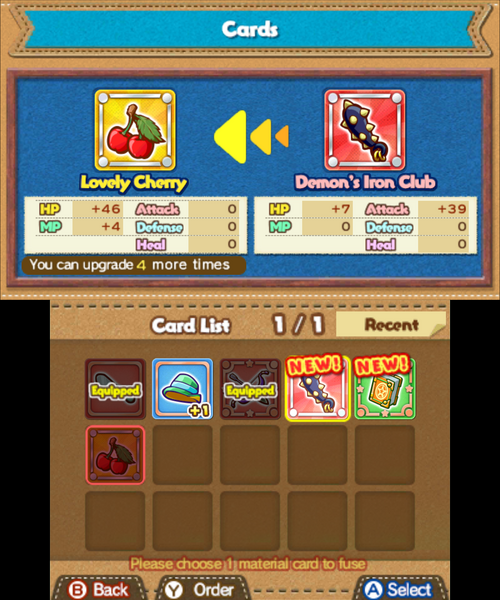 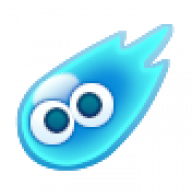 klausNESio said:
I have a noob question, how do i update the patch? do I need to install the game again?
Click to expand...

All you need to do is download the updated patch, and extract the files at the luma/titles/[gameid] folder.
Make sure you replace the older files