Drakengard 3 DLC Undub Patch (Prototype version) by Canzah and Slow for English version of the game.

Square Enix in their forgetfulness for whatever reason did not include Japanese Audio in the Prequel Story DLCs for Drakengard 3.
They did not update the Japanese Voice Pack DLC after the fact either, making it impossible to play those Prequel Story DLCs with Japanese audio.
That's where this unofficial patch comes in to the rescue.
It replaces all English dub audio in the Prequel Story DLCs with the original Japanese voice acting.
Dialogue box timings are also properly retimed to match the Japanese voice acting based on timings from original Japanese version's files.
This patch is currently in prototype stage as at the moment it requires a slightly annoying workaround in order to use it.
As such we will not be providing tech support for it, other than the instructions you can find below.
It can be used on both CFW PS3s as well as RPCS3 emulator.

Please make sure you have the US version of Drakengard 3 (BLUS31197) as well as the patch the game's Prequel Story and Japanese Voice DLCs.
We do not support piracy and as such cannot provide those, so if you don't have them we recommend purchasing the game and its DLCs.
Next make sure you have the official Patch 1.01 as well as the Prequel Story DLC and Japanese Voice DLC Packs installed.
Also be sure that you have launched the game at least once, performed the Data Install and changed voices to Japanese in Options before next step.
This is crucial as this unofficial patch will not work unless you ensure those prerequisites.
Next, copy over the contents of the "GAME" folder from this package to your PS3/RPCS3 "GAME" folder and overwrite everything when asked.
On RPCS3 and CFW PS3s that folder can be found inside "dev_hdd0" directory.
This is extremely crucial because if you do not overwrite the files, naturally this undub will not work.
You can double check if you are in the right "GAME" folder by making sure if you can see "NPUB31251" and "BLUS31197DATA" folders inside.
Next you need to copy the contents of the "ISO" folder to your PS3/RPCS3 folder where you keep game ISOs and again overwrite everything when asked.
By default that folder is called "ISO" on RPCS3 and "GAMES" on hacked PS3.
You can double check if you are in the correct folder for ISOs by making sure if you can see "BLUS31197" folder inside it.
This covers the installation of the undub files.

Playing:
Because this undub employs a workaround in order to work correctly, there is another step you will need to perform exclusively for playing the DLCs.
Due to changes in code in 1.01 patch we can't get the undub to fully work with it (some voices will still be in English if you attempt it).
As such, for playing this Prequel Story DLCs Undub you'll need to temporarily remove or rename the 1.01 patch's "EBOOT" executable file.
You can find the "EBOOT" of 1.01 Patch inside the "BLUS31197" folder inside of "GAME" (not to be confused with "GAMES") directory.
In case you're confused, it's the same "GAME" folder from the "dev_hdd0" directory that was mentioned earlier as part of installation process.
You can either remove the "EBOOT" file (but make sure to keep a backup) or simply rename it (easier and safer) to something else.
Then you can launch the game and play through the Story Prequel DLCs, fully undubbed, but with one caveat.
Namely the very last scene of Zero's Prequel Story DLC will crash the game due to the lack of the 1.01 "EBOOT" (other DLCs are unaffected).
As such you will need to restore the "EBOOT" back to its proper place (if you removed it) or its proper name (if you renamed it).
Then you can simply reload the last Verse from the last Chapter of Zero's Prequel Story DLC and watch the scene properly without crashing.
This is not an universal fix so don't attempt to play the rest of the game without the 1.01 Patch "EBOOT" as it may cause issues.
Long story short:
1. Play the base game as normal to completion with 1.01 patch
2. Remove/rename the 1.01 "EBOOT" (not the entire patch, just the "EBOOT")
3. Play through the Prequel Story DLCs for Five/Four/Three/Two/One/Zero up until it will crash in last scene of Zero's DLC
4. Restore the 1.01 Patch "EBOOT"
5. Reload the last Verse from last Chapter of Zero's DLC and watch that last scene

This "EBOOT" swapping workaround hacky method is why this mod wasn't being distributed until now.
But hopefully it won't deter you from experiencing the DLCs as Yoko Taro intended it, with the original Japanese voice acting.

The only thing left for you at this point is to simply start the game and enjoy the Prequel Story DLCs in all their undubbed glory!
Last edited by Canzah, Apr 26, 2021
Reactions: Timurama, SkullHex2, ChaosEternal and 4 others
V

I just registered to say I LOVE YOU Literally was thinking about getting this game, but the dlcs not having jap audio was really offputting. Pulled the trigger and bought the game. Cheers
Reactions: swosho and Canzah
A

registered too just to thank you <3 origianlly i was ok with english dub but this one just couldnt handle it lol feels much off
Reactions: Canzah 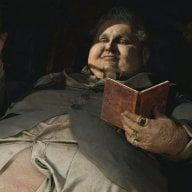 Dude what're you talking about there isn't any folder named "iso" in rpcs3, maybe you mean the same old "dev_hdd0/game"? there's a BLUS31197 inside that one
Update: yep Dev_hdd0 is that very folder
Last edited by Timurama, Jan 18, 2022

Also, I inform that you missed one thing in this patch, that being mid-combat phrases as well as combat voice acting they're still from English dub, I'm only at Five's dlc right now, and can make out those constant "Hey" when doing attacks, and "die already" when draining enemy's hp, the same goes for Five's sidekick and I would assume the rest of the dlc characters, could you mayhap look into this and make an update? Because everything else is in Japanese and works fine, I'm grateful for your work, but it would be preferable for all of us it this patch was in complete state.
Update: Well it appears, the problem is more complicated than that, because you didn't exactly "miss" anything in your patch, it's just that due to some bug or something of the sort, there are chapters with English VA and some others with Japanese VA (regarding to the voices I mentioned just before), for example Five's chapter verse 2 appears to be in English while Chapter 3 is in Jp, Chapter 4, again, has English attack exclamations etc. Seems very arbitrary, I don't know what it depends on maybe there's some gaps in this mod, maybe... it's a problem only on my end because my dumb ass installed the patch wrong somehow, I don't know. I suppose there wouldn't be an easy solution to this, so we'll have to roll with what we've got, it's good enough that we have 99% of the voices replaced, honestly thank you.
Last edited by Timurama, Jan 19, 2022

You clearly didn't install the patch correctly and now complain about your own lack of understanding of properly following the readme, the instructions are VERY specific and you didn't follow them because if you did then you wouldn't have the problem you're describing, very poor reading comprehension from you.
We were very specific on the necessary steps that must be taken to avoid exactly the issue you're experiencing so we'd really appreciate if you didn't accuse our patch of being incomplete just because you didn't follow the steps.
Last edited by Canzah, Jan 20, 2022