Hi,
Someone link me to the Ransom HDFs or the .torrent please! Thank you. 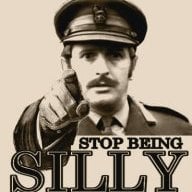 dioschayote said:
Hi,
Someone link me to the Ransom HDFs or the .torrent please! Thank you.
Click to expand...

No we can't post those links here. You need to find it yourself.

dioschayote said:
Hi,
Someone link me to the Ransom HDFs or the .torrent please! Thank you.
Click to expand...

Have fun when you find it taking a day to extract the hdfs.
Man that thing is zipped up to the max.
Well worth it in the end though.
Reactions: Lineacero
R

Just FYI the P-UAE core in Retroarch has come a long way. You can now load individual WHDLoad games in LHA format which are easy to find online and makes save state management easy. The big advantage it has over UAE4ALL2 is the cycle-accurate option, which fixes the crazy timing/speed issues here with some games and especially when using WHDLoad, it just runs flawlessly like you might remember. I would recommend taking advantage of the Switch's power to get that higher accuracy, even the AGA version of Chaos Engine runs fine this way with a small overclock.
Reactions: scandal_uk, Lineacero and hippy dave

Yes but some games like Jim Power or Leander have slowdown in PUAE so use UAE4All for those.
Reactions: Connorsdad and hippy dave 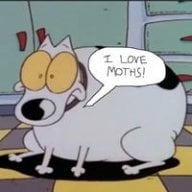 I know this was mainly intended for games, but this works perfectly for demos! Thank you!
Reactions: Lineacero
I

I am getting a black screen every time I am trying to load a game (I am using it via RetroArch). Any idea what might be wrong here?

If you are using Retroarch you are not using uae4all2. For Retroarch you need the bios ROMs in retroarch/cores/system/ you need exactly these files written here: https://github.com/libretro/libretro-uae#kickstart-roms

Uae4all2 is a standalone emulator independent of Retroarch. The download and instructions are here: https://www.github.com/rsn8887/uae4all2/releases/latest
Last edited by rsn8887, Nov 16, 2020
Reactions: Lineacero

- allow suspend/resume again. On Switch, it was fixed in SDK. On Vita, please install fd_fix plugin to prevent corruption on resume.
Description

Many thanks for this update !!
Reactions: Lineacero 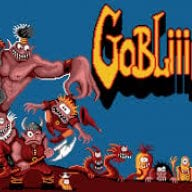 Has anyone got SWOS 2020 working on this? I read elsewhere that the SWOS 2020 adf files were too big to work but there is a HDF file available 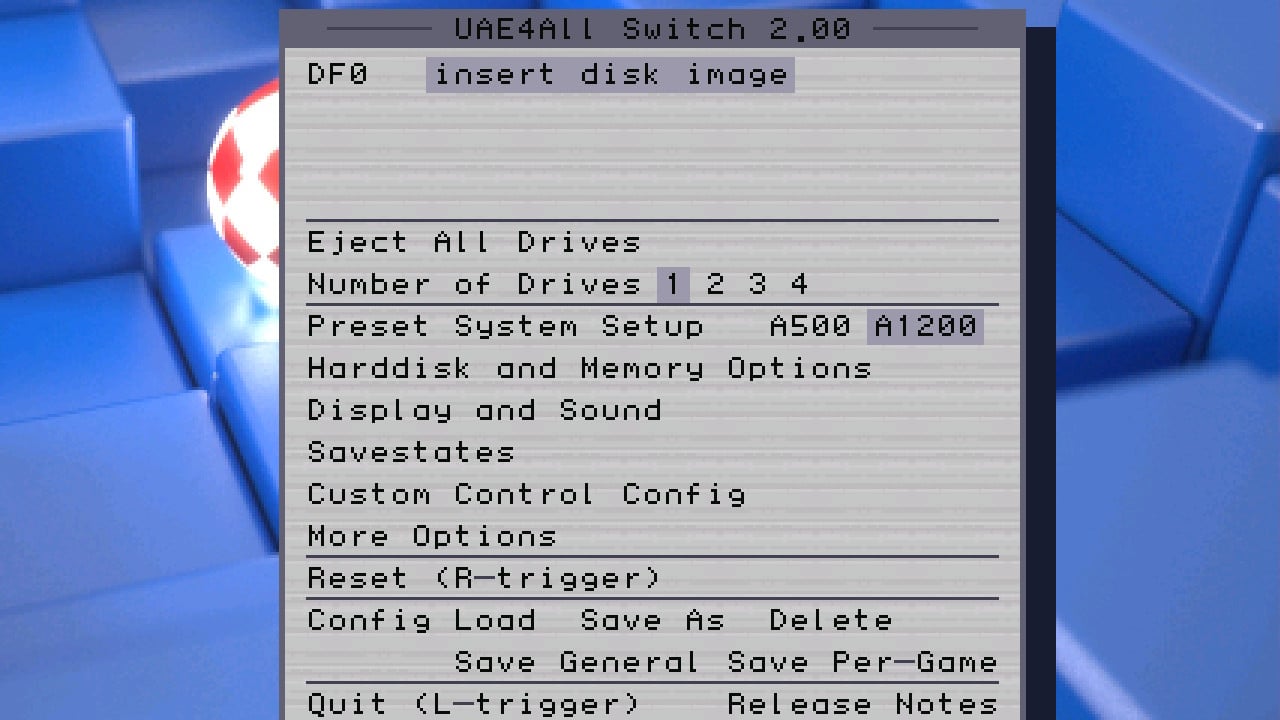 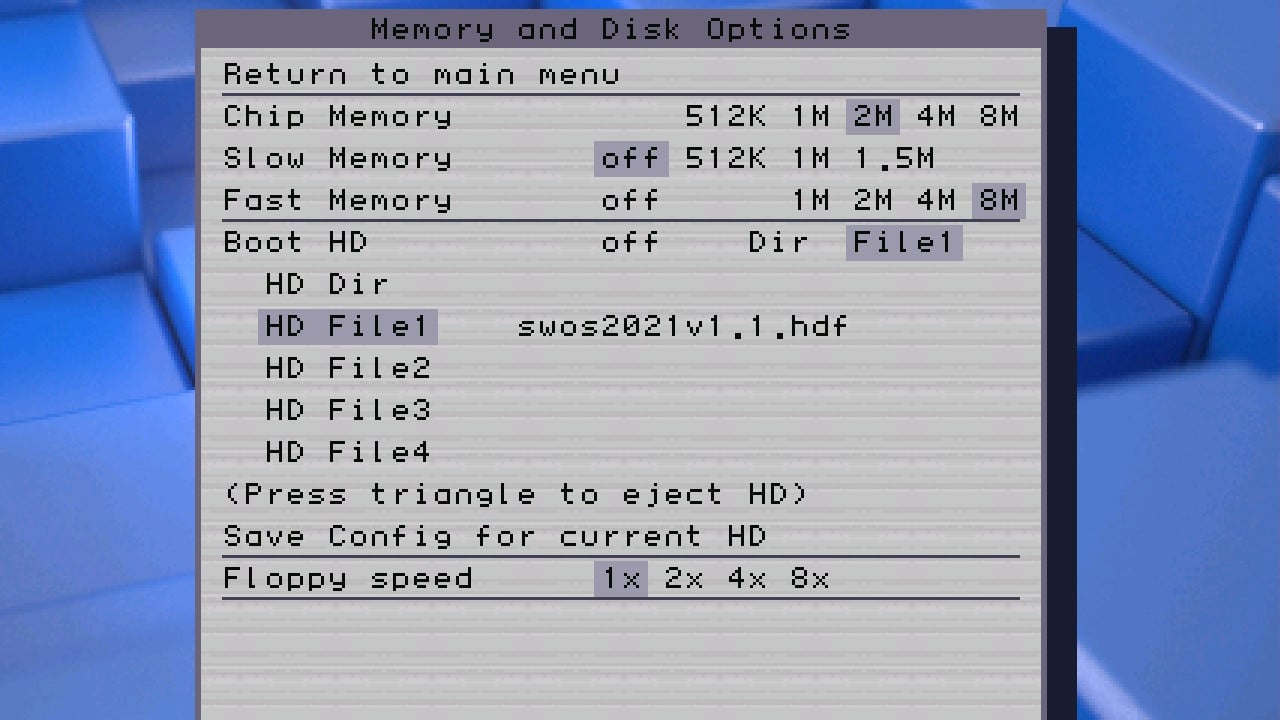 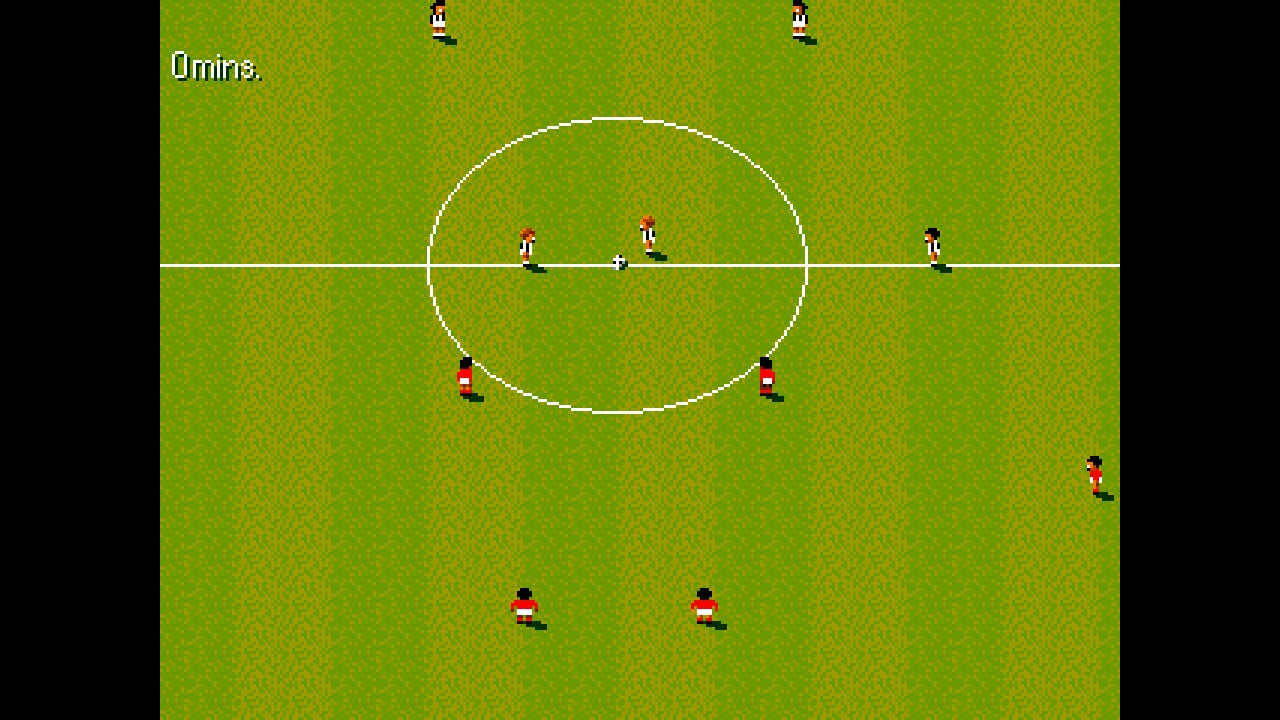 EDIT: You can play a bit with the resolution settings to make more of the game visible.
Last edited by rsn8887, Aug 2, 2021
Reactions: qskint, hippy dave and Lineacero
B

Just installed UAE4ALL v2.0 on my Switch, I think I did it right and accordingly to the instructions:

-unpacked the uae4all2 folder in the zip onto my SDcard:\Switch folder
-filled the kickstart folder with the two roms, kick13 and kick31 which I checked for their checksum.
-I put a few hdf files in the rom folder.

Now I can launch uae4all2 properly on my switch. I can also select a rom for df0:
But, how do I run it? I tried pressing the + on my controller. I get then one of three things, depending on my selection for the A500 or A1200 setting on the main screen:

But nothing happens: no rom is being loaded/run. I tried 6 different roms and tried switching the a500 and a1200 a bit. E.g: A1200 setting for an AGA game, but A500 or A1200 for an older game.
But.. still nothing more than one of the aforementioned three screens.
How do I proceed?

By the way I ignored the part about NSP injection in the instructions, because I don't know what that is nor could I find more info on it. Could that be the problem? Also I don't know how to run uae4all2 as a game rather than from Album on my Switch (this is mentioned somewhere).

Hold R shoulder button while starting a game on your switch. HB Menu will come up. Load UAE4All2 from there. Do not load UAE4All2 via "Photo Album" it will not work correctly.

Once the UAE4All2 menu comes up:
- Insert a disk .adf file into the virtual floppy drive "df0:" in the menu. Make sure the .adf file name is shown next to df0:.
- In the menu. Highlight "A500" in the menu to select the pre-configured Amiga 500 config.
- Press R shoulder button to launch the emulated A500. Make sure you use a game that is compatible with A500. For example, try Shadow of the Beast or Turrican .adf files. 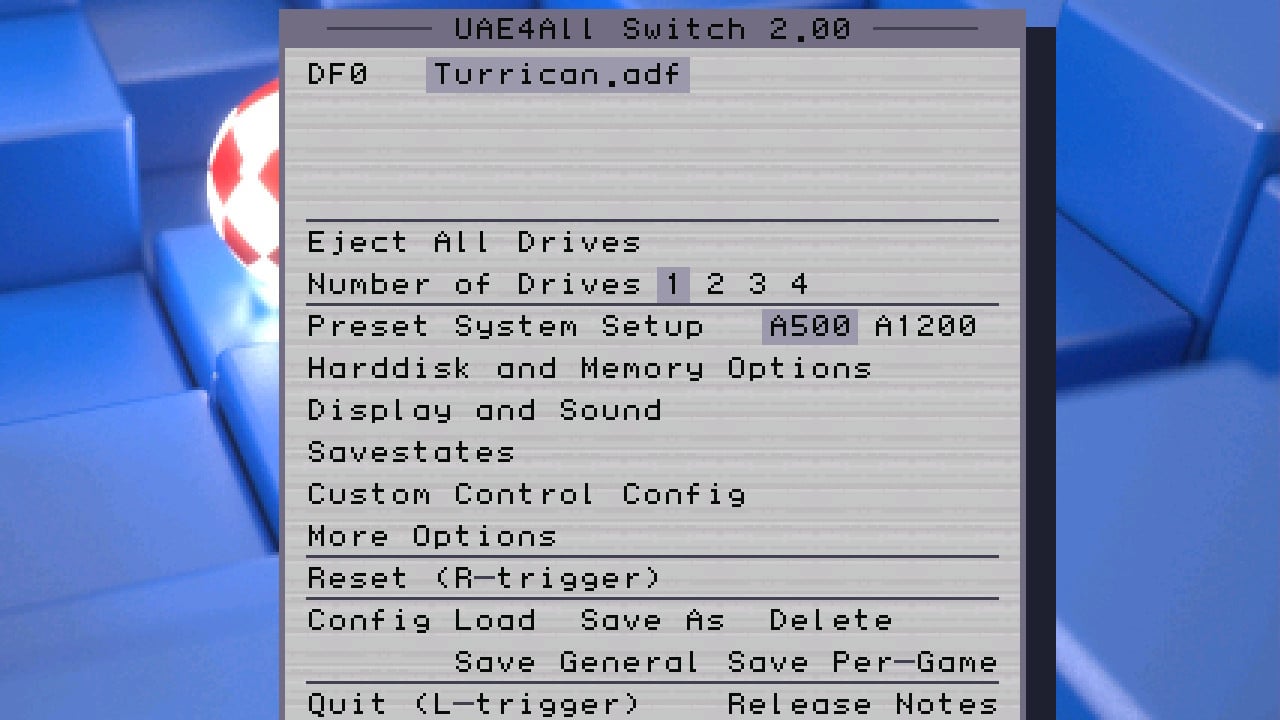 Hey dude, I love this emulator, probably because I had most Amiga versions back in the day when they were new. It's good being able to emulate on the switch. I have a question though - do you think it will ever be possible to make a shortcut or icon on the switch home screen to directly launch a game via the emu. For example say I like benefactor game, do you thing it would be possible to launch that via it's own game icon from the switch's main screen?

It might be possible, I will look into it.
Reactions: mathew77, CTBC and mrdude