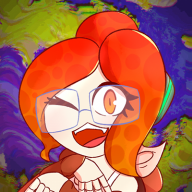 I first noticed this issue with a new RCM Loader One I purchased because I had misplaced my old one. After I got it, I plugged it in to my PC to charge it and update the payloads, and I forgot it was plugged into my PC for a few days. I later noticed that when playing Halo MCC, it constantly kept bumping me off of controller in favor of M+KB, and I isolated the issue to the RCM Loader, albeit some issues remained after I unplugged it. On testing with Penteract Disguised-Keyboard Detector, it reported that a device identifying itself simply as 'HID' was plugged in.

I reinstalled Windows in case my system had been compromised, and got rid of that RCM Loader, assuming it was running a fraudulent firmware or was otherwise tampered with. However, I just found my old RCM Loader One, and on plugging it in, Penteract Disguised-Keyboard Detector shows the same behavior, locking my PC and reporting a HID device (again, named 'HID') was plugged in.

Can anyone explain this behavior?
T

I notice that my old NS-Atmosphere rcm loader is also very active on the USB bus on my Mac when I don't press the button on it.
After pressing the button twice, it seems to be quiet or is in some listening mode or something.
No clue what it is doing, it might as well be connecting/disconnecting over and over again.

HID is just a generic term for USB devices.
In order to have a USB device recognized it needs to have a registered device id (and this related to a type).
So I guess that most of the RCM loaders just use and existing device id because they will not go through the official device id registration process for their device.
It could be just a bad implementation of the USB protocol that is causing problems.

The HID device of the RCM is intended for Firmware Update, go to https://www.xkit.xyz/support/ and download the latest version.

Hacking Question Is it safe to bring RCM Loader and jig to airport?