QUOTE said:
In Germany, the file-hosting service Rapidshare has handed over the personal details of alleged copyright infringers to several major record labels. The information is used to pursue legal action against the Rapidshare users and at least one alleged uploader saw his house raided. Like many new releases, Metallica’s latest album “Death Magnetic” was uploaded to the popular file hosting service Rapidshare one day prior to its official release date last year. Since users don’t broadcast their IP-address or distribute files to the public directly though Rapidshare, it came as a surprise when the police raided the house of an uploader a few weeks ago.

At first it was unclear how the identity of the uploader was revealed, but today German news outlet Gulli said it had found out that this was likely to be accomplished by creative use of paragraph 101 of German copyright law. It turns out that several record labels are using this to take legal action against those who share music on Rapidshare. Previously the paragraph was only used by rights holders to get the personal details of those who share copyrighted works on file-sharing networks. It basically enables the copyright holders to get “permission” from a civil judge to ask ISPs to disclose the personal details of a user behind a certain IP. Now, however, this also seems to be the case for file-hosting services such as Rapidshare, which is based in Germany.

This of course opens up the possibility for rights holders to go after a wide range of file-hosting services and potentially even BitTorrent sites. Indeed, everyone who now uploads a torrent file to a site hosted in Germany is at risk of having his personal details revealed. Although it will be impossible to prove that the uploader actually seeded the file it might be seen as assisting in copyright infringement. Pretty much all torrent sites keep track of the IP-addresses of their (.torrent) uploaders, and if the rights holders can get the IP-address of people who upload to file-hosting services such as Rapidshare, they can easily extend this to BitTorrent sites hosted in Germany. A dream come true for copyright holders, but a nightmare for the privacy of Internet users.
Click to expand...


Dammit It looks like they are going after everyone now

God Im glad I didnt renew my rapidshare subscription. Seems they are hell bent on driving all their potential customers away.
J


(From Nineteen Eighty-Four, not the TV show... xD)

Yeah, I learned that Rapidshare was bad stuff a long time ago. I mean, how do they justify imposing a download limit on their paying customers?

Wtf do people use these services?? Send your money to UseNet, mucchhhh better.

No, FTP servers are better.
P

While their terms of service states that you're not allowed to upload illegal files:

(1) Basically, users may save any file at RapidShare irrespective of the file format or of the file contents. Excluded, however, are files the possession and/or circulation of which is illegal, such as

Rapidshare does not also open or view a person's files:

So basically, if you uploaded an album with the file name "Metallica.Death.Magnetic.2008.320KBPS.MP3.RIP" or however the scene pirates name their files, then you're a stupid person. If you're going to abuse a service, at least try to be more cryptic about it...

EDIT: Also, the reason why the copyright law can be extended to file sharing sites is because technically, Rapidshare is an Internet Service Provider, as it provides an internet service (online file sharing)

I've never used Rapidshare thoug, so I don't care... ^^
But it's not the first service in Germany where you get caught hosting illegal music. (Uploading it sharing it and whatever) You even have to pay a lot of money if you get caught.

Although there are only FEW people who actually really get caught. It's more like placing some fear upon those who upload illegal stuff. It's not that if you do it you're caught instantly. ^^

The Teej said:
RapidShare does not open or view its users files; the files are neither catalogued nor listed in directories.
Click to expand...

that's rubbish afaik it scans within archived files and reads the file names!

I've uploaded some files in the past that are rarred or zipped to find it tells me its a duplicate upload or has been already uploaded even though the archive name is different !?!

The Teej said:
RapidShare does not open or view its users files; the files are neither catalogued nor listed in directories.
Click to expand...

that's rubbish afaik it scans within archived files and reads the file names!

I've uploaded some files in the past that are rarred or zipped to find it tells me its a duplicate upload or has been already uploaded even though the archive name is different !?!
Click to expand...

Surely that's just from the CRC or something, rather than looking in the zip for the filename? 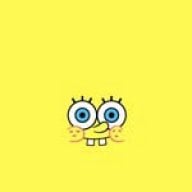 I really hate,those kind of actions that make a big deal of silly thing that made a multimillion company/band/whatever poorer for 1% while there are hungry,raped,killed etc people all around,but that metallica cd iz way important than that. Fruck them stupid heartless capitalist.. roar!

Rapidshare was NEVER good, i hated it. Mediafire and Megaupload are better; MU even has its happy hour during evening here!

x.domination said:
Rapidshare was NEVER good, i hated it. Mediafire and Megaupload are better; MU even has its happy hour during evening here!

here happyhour is during mornin

,mu and mediafire are a bit faster also,atleast to me...

An odd turn of events (good to see fun loopholes still appearing though).
Personally though I never expected these sort of sites to last past the mid 90s, and to think people consider usenet to be complex.

I'm still happy with Megaupload and it's Happy Hours