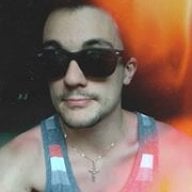 Hey everyone, sorry if this is a question that is repeatedly asked. I could not find any stickied thread that had information that I need.

I recently just tossed my Acekard 2i because of their lack of updates and bought the R4i RTS Gold Card (r4ids.cn). I noticed that they released an update for 6.0 today, that's awesome. I'm still on 5.1 on my 3DS because I'm still weary of the new update not working correctly with the R4i card.

What my question is, will the newly released update for the R4i card work on the 5.1 version that I'm still on? I know I could try and find out but I don't want to screw anything up and I figured asking would be the best thing to do.

Also the card came preloaded for 5.1 but as it was shipped, 6.0 was released. Do I need a DS Lite to update my card to be compatible for 6.0?

If you can run the cart, you can update the cart.

If you can run the cart, you can update the cart.
Click to expand...


Awesome, I actually just loaded the lastest Wood_R4iGold patch onto an SD card and it works fine on 5.1

To your second comment, since it has already been preflashed - I'm safe to upgrade to 6.0?

No, Wood is not firmware and does not determine DSi/3DS firmware compatibility. The actual firmware update is a separate download you download and then run on the cart, there's instructions on the website.

@ Psionic Roshambo: Well how else would I know what brand of knife works best? Lol 34 minutes ago
Chat 0