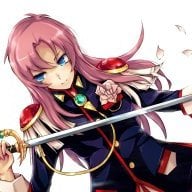 hello everyone,
i have an r4 ultra which i have been told is an acekard 2i clone. it was working fine, i was able to access my games and run them without much issue, until recently. i messed with the formatting of the sd card (using the default windows formatter) and at first it was still working however now it will not get past the loading screen when i boot my ds.
i have ran it through the official sd formatting software and i have tried the official kernel as well as AKAIO and the kernel that was on it before i started messing with it, none of these have worked. i am using the default 2 gigabyte sd card that came with the cart, if there is any other information you need related to this i can provide it
i would really like to play my games again so if anyone has any idea how i could fix this that would be great.
Last edited by melifera, Feb 12, 2021