A mothfull of a title. So I spent the night getting a forwarder for Dr Mario RX working on my Wii U menu. I started playing around with the different Gamepad emulation options and was amazed that it actually worked. With that being said, is there a way to get the Wii U Pro Controller working with a Wii (in this case a WiiWare) title? I have read around that mostly the answer is no. That you have to have a program, like say a homebrew program that has WUPC support baked into the code. I also know that some homebrew programs have Gamepad support baked in, most others don't. I guess my real question is what is the magic that TeconMoon Injector program doing that makes the Gamepad possible? Cause its not patching the Wii software. And I guess could that magic be extended to the WUPC (eventhough I pretty much know the answer is no)?

Afaik, the gamepad only functions with games that are compatible with the classic controller.
S

godreborn said:
Afaik, the gamepad only functions with games that are compatible with the classic controller.
Click to expand... 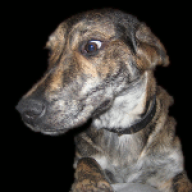 Had a quick overlook and as I see it Nintendo itself added that Gamepad support to Wii VC. All TeconMoon's injector does is setting a few variables in xml files (app.xml and meta.xml).

So sadly the answer seems to be no: A Wii U pro controller can't be used as Nintendo didn't add that functionality.
S

Ah, mystery solved. I guess Nintendo stopped short of giving Wii VC WUPC support or else we would be able to enable that too. Too bad.

Gaming Homebrew Can i play NSMBW with Wii U Gamepad?

Nintendo Wii U Wednesday at 10:04 AM
Ohad1th