Question about buying a flashcard in ShopTemp.It's about tax. 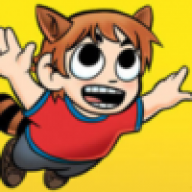 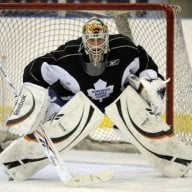 I did not have to pay tax for my acekard 2i. I live in Canada by the way. Here is how my order looked like...

Taxes are already included on the price. Hence why the odd numbers like 12.08.

So you are paying for taxes, they're just already included.

Usually you won't ever have to pay taxes unless they have a physical building in your country/state. So you wont have to pay.
H

Balee56 said:
Hi,I want to buy SCDSTWO or Acekard 2i from ShopTemp.Do I have to pay tax?If I have to,how much?I live in Hungary.
Click to expand...

According to EU rules, anything over €22 (or equivalent in non-€uro local currency) delivered via the post should be taxed (VAT plus any import duty on the class of item involved) - in practice ShopTemp will probably declare it well under €22 and it'll escape. Depends how tight they are at the incoming mail section of the postal service.

Just a quickie for all who may import stuff personally from outside the EU (inside the EU doesn't count as an import).

First thing to understand is that there is a difference between VAT & Customs Duty. When it's all charged, you pay on the whole amount including postage.

Then on top a brokerage fee (which varies by carrier)

The "official statement" is here written in governmentese.

Royal Mail used to charge a different fee depending whether it arrives as parcel post (ie. Parcelforce) or as Letter Post - no idea if they still do or not - it's decades since I had the pleasure (it's nice when your postie is helpful at losing the paperwork

You'll notice that the limits are in €uro and translated in to £ at a strange rate (compared to the actual rate today of about 1.10, it's nearer 1.20) - these conversion rates are set once per year - not sure exactly when that happens though. It has no bearing on the exchange rate applied by HMRC on imports though there's a separate rate used for that changed generally once a month. So sometimes it's possible that the duty-free limit in the UK is higher (or lower) than into the Eurozone (same applies for viewers in Denmark & Sweden, but in DKK or SEK)

I buy a widget for $200 from WidgetCo in the US. It's shipped by USPS Priority International Airmail (say franked as $29) and declared as "Widget $200" on the CN22 customs form.

Customs will assess this as ($200+$29), unless there is a document enclosed that HMRC find saying the price paid including shipping is $200.

They will convert this into sterling at their prevailing rate for the month. It's generally an "ok" rate - not spectacularly good or bad (unless there has been a big change in the exchange rates).

Add on the brokers fee and that's what you get to pay at the door - usually in cash, and the postie/delivery driver rarely, if ever, has change - so time to keep a jar of change near the door - if it's a courier, I like to pay in 5p coins

This is vitally important - get a receipt! If the driver is on the fiddle, you may find a demand for payment of the duty arrives by post weeks later.

Thanks everyone!
So,if i order a SCDS2 with 4GB Kingston sd card it's risky?Because their price together is 38,21€.
There is tax to the USA?Because mycousins are having a vacation there,and if there's no tax,then I speak with them to order it and get it home.

@hunnymonster
Thanks for the detailed answer,but I'll read it tomorrow,because it's too much for me at the moment.

It depends how "hot" the Hungarian postal service is on the €22 VAT limit (the killer here isn't the VAT, but the GBP8 charge by the postal service for handling the GBP5 VAT bill)
J

Has anyone in the UK bought anything at Shoptemp over £18 and had to may customs?

Why I hate Biden's tax plan on the rich

Americans: How do you file your taxes?

Hardware Any EU distributor for Funnyplaying?

Hacking Ordered my first Gameboy ever!

Hacking Some questions about the Ez Flash Jr.