Putin orders Trump to move US troops out of Germany. Trump again does as he is told by his master.

MMX said:
what about opposition in EU countries that get constantly painted as neonazi, conspiracist, morons etc. because they're anti-establishment. Merkel is chancellor of germany since 2005 and nobody questions that and she basically fills the same role as Putin.
Click to expand...

You're right: I don't question that. If Putin didn't spy on other countries, didn't poison his opponents, didn't actively block opposition and probably some other practices I'm missing...then I wouldn't question Putin's actions either.

MMX said:
I'm German and live in Germany. We don't want foreign military in our country. I'm sure your people would be against an US military base too.
Click to expand...

Despite recently closing hundreds of bases in Iraq and Afghanistan, the United States still maintains nearly 800 military bases in more than 70 countries and territories abroad—from giant “Little Americas” to small radar facilities. Britain, France and Russia, by contrast, have about 30 foreign bases combined.
Click to expand...

There are 195 countries in the world, the US have bases in more than a third of them.

What action apart for "I'm sure you all in this forum would agree" "that you should get rid of them", would that take do you think..
Last edited by notimp, Aug 3, 2020 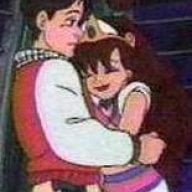 if trump is Putin little bitch, then Biden must be the democrats little bitch. He does every little ting they say to do. He is also black lives matter's bitch also. That man cant even remember where he is during a speech or an interview.
Reactions: UltraSUPRA and CallmeBerto
N

If political relationships were like romances/interactions between heads of state primarily, the white house would be a pink and white princess castle.

Captain_N said:
if trump is Putin little bitch, then Biden must be the democrats little bitch. He does every little ting they say to do. He is also black lives matter's bitch also. That man cant even remember where he is during a speech or an interview.
Click to expand...

They (US and China)are in an economic and trade war currently, remember? That is pledged to increase in propensity in the near future. That currently only is on ice because of Covid? Remember?

Once more - China has investments in the US, but those are mostly to buy goodwill (structurally important investments arent as easy to come by), and get onto stable terms (in non economic war times.. ) US controls USD credit lines, that China needs in most of their industrial production lines (apart from maybe steel.. ) to buy certain resources. Both are embracing each other just the same as they are biting each other ferociously.


And on the theoretical level - what level of 'dirt' do you think a country would have to hold over a POTUS to mold his/her actions? A pipi tape? That they'd do what with? Leak on the Internet?

Those are levels of actions that russia reserves for party politicians that have fallen out of grace - but not for international relations.. (Never in history, ...) Getting on speaking terms with a standing head of state is far too valuable to blackmail them... Lets think about this for an extended minute..

Isnt part of a blackmail scheme, that you have to pose a legitimate threat that you would make public, whatever the other side doesnt want to have made public? But if you do that POTUS gets kicked out of power? Wait a minute..
Last edited by notimp, Aug 4, 2020

Captain_N said:
if trump is Putin little bitch, then Biden must be the democrats little bitch.
Click to expand...

Okay, ahem... @Captain_N: you've just made my day. You're now owner of the dubious title of "the dumbest political post Taleweaver has ever read".

But hey...I can't help myself with replying:

Usually Trump's fanclub wringles in all sorts of excuses to avoid admitting that Trump just follows the political stance of the USA's nemesis wherever Putin wants it. It's pretty refreshing to just "own" those shortcomings like that. I mean "yeah, Trump IS Putin's little bitch. HA! What are YOU going to do about it, eh? "

...I've got no response, man. You can just drop the mike and go home because you just won the internet.
M

notimp said:
So its not that Israel is a standing military and security partner for the US in the middle east? So it is not that they have ongoing security and intelligence cooperation, and that this relationship hasnt been challenged for more than 70 years?
Click to expand...

USA shouldn't have any business in the middle east, Calling the destabilization of countries and wars for Israel "security and intelligence cooperations" is peak chutzpah.

MMX said:
USA shouldn't have any business in the middle east, Calling the destabilization of countries and wars for Israel "security and intelligence cooperations" is peak chutzpah.

I bet you also still believe in Saddams weapons of mass destruction.
Click to expand...

Why should I believe in a false war premise Colin Powell gave?
Because this sounds so convincing?
https://www.pbs.org/wgbh/frontline/article/colin-powell-u-n-speech-was-a-great-intelligence-failure/


The premises under which the US fights wars (nowadays) are either the stabilization of trade routes, or securing resources.

(Naive John Kerry calling for 'ending wars because of moral standards' a few years back: its a standard )

The pr reasons given are 'fighting to bring democracy', 'war against communism (not so easy after the end of the soviet union), 'war against terrorism', or 'defense of our partners'.

If the US entirely moves out of the middle east, Israel is gone (Egypt and Iran called dibs). Russia would have extended their military zone of influence (they are trying to control a parallel (north/south)), and saudi arabia would have a hard time not getting invaded.

As soon as a (somewhat chaotic) war breaks out in the region oil prices take a hike. The idea is, that the natural state of some countries with high amounts of young people, and desserts near by and others who build ski resorts in said desserts isnt friendly cooperation.

You cant even prop up development projects that easy, so how do you deal with the very concentrated distribution of wealth?

(And as a kicker, the US actually try to get out of the middle east currently (reduce numbers), because its a cost sink for them (they want their partners to invest more), now that they have energy independance in their own country for 20+ years (fossile fuels).)
Last edited by notimp, Aug 5, 2020

Xzi said:
No surprise here, Trump won't even broach the topic of Russian bounties on US troops, which I'd argue is a much more serious offense. Either he owes a fuckton of money to Putin, Putin has some very damaging kompromat on him, or both. He looks like a whipped puppy every time they're in a room together.
Click to expand...

putin is a trigger happy bald man with a fuck ton of nukes pointed right at us. Would you rather have trump piss him off and get us all blown off the planet?
Reactions: Deleted User

nero99 said:
putin is a trigger happy bald man with a fuck ton of nukes pointed right at us. Would you rather have trump piss him off and get us all blown off the planet?
Click to expand...

And the US doesn't also have a fuck ton of nukes? Yes, I'd rather the president stood up for himself and our country rather than acting like a bitchboy for a failed state.

I've seen nothing to indicate that. Xi is a de facto dictator just like Putin, so Trump seems to admire him. He did absolutely nothing to help Hong Kong when he had the opportunity.
Last edited by Xzi, Aug 5, 2020
N

nero99 said:
putin is a trigger happy bald man with a fuck ton of nukes pointed right at us. Would you rather have trump piss him off and get us all blown off the planet?
Click to expand...

Why have you always have to start at -1 with you folks around here?

With nuclear attacks, depending on the size and, not necessarily, but also - retaliation, you are dealing with 'mutual ensured destruction' many times over. The dust of a couple of those explosions alone would gather in the atmosphere, producing something referred to as nuclear winter. Temperatures fall, crops die, more people die where you dont want them to, trade systems break down.

The 'crazy ivan' story for all intents and purposes always was a lie. Missile shields were a lie (thats generally offensive capability with shield printed on), and the only partner currently actively playing the nuclear armsrace are the US (moving out of disarmament treaties, increasing capability).

None of this has to do mostly or exclusively with what honcho is in office.

But if your only idea of politics is love given to a leader person, and then trying to interpret, what that person and another person would do with 'most powerful toy' when fired, because thats really all you are capable of thinking about... Thats more 'you' than the real world.

The only nation currently wanting to work on smaller, mobile, nukes, to use for strategic warfare are the US (they have the better technology they want to make that an actionable advantage). Allegedly.

Now this is, when you refer to russian PR/media outlets:

US Senator Ted Cruz together with Senators Tom Cotton and Ron Johnson have threatened the management of Mukran Port in Germany, involved in the Nord Stream 2 project with “financial destruction”, if they continue their work on the venture.

In a three-page letter, obtained by Handelsblatt newspaper, the lawmakers called on Sassnitz GmbH, which operates the port, to discontinue logistical support for the project.

"If you continue to provide goods, services, and support for the Nord Stream 2 project, you will destroy the future financial survival of your company", the letter read.
Click to expand...

How refreshingly open and direct.. 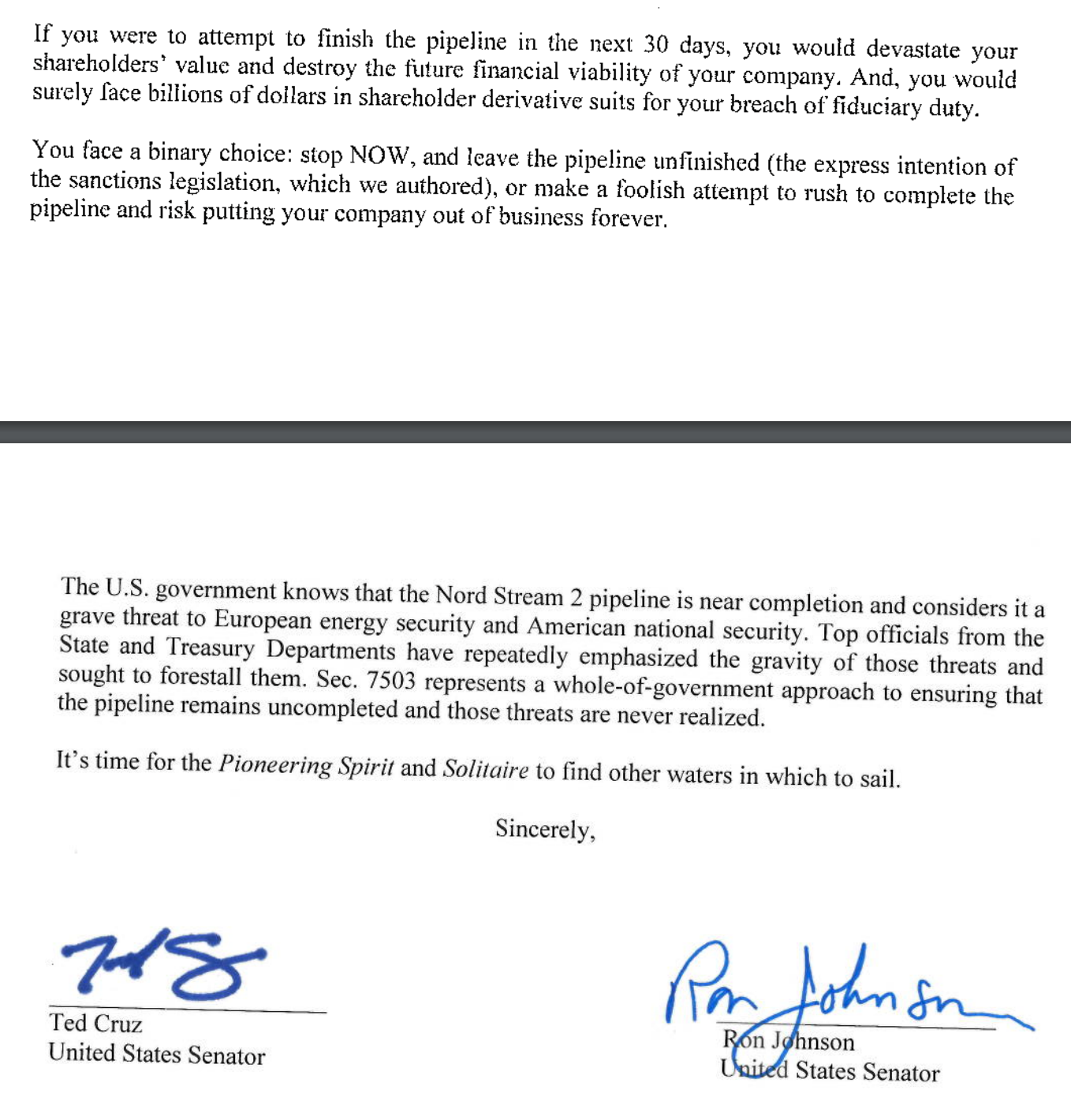 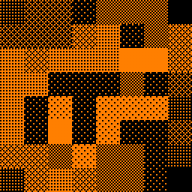 
This is an educated guess.
N

Maybe (lets not get bogged down by the fact, that Trump is not doing what Putin wants ), but.

Why are the US moving upwards in nuclear capability then (they are currently renewing their stock, and looking at fancy new toys - russia, currently doesnt have the financial means).

The only logical path of action for a 'stable' world would be for both to move down in capability, at roughly equal pace. (If you acknowledge mutual ensured destruction.)
Last edited by notimp, Aug 8, 2020

If anybody launches one nuke, every other country launches all their nukes. Mutually assured destruction has been a thing for well over 60 years now, and yet so many previous presidents still had enough backbone to stand up to Putin. Trump is weak, that's all there is to it.

G
Trump and his border problems and other issues

The Edge of the Forum Apr 9, 2021
RichardTheKing

Does Trump provoke Iran as an election stunt?

In a move blatantly revealing his true loyalties, Trump suggests Russia should be reinstated to G7