I've recently had a bit of frustration trying to load a back-up copy of the gamecube game PSO Episodes I & II through Neogamma R7. I'll put the disk in, boot neogamma, and it detects everything just fine. The Gamecube Booter comes up as per usual, I hit A for auto-detect, and one of two things will happen, depending on which disk I'm loading (as I've burned several

1. I'll get the typical Gamecube DRE "An error has occured yadda yadda" message without fail for the particular disk inserted, or,
2. It hangs on a black screen, doing nothing.

Now, I've already ruled out it being a burning issue, since I've burned the same image onto multiple disks. I've also ruled out it being a ripping issue from the original disk, as I've already done this with several games as it is, and I tried dumping the image from the disk a second time and burning that one to no avail. It also isn't the burnable disks I'm using, since I've already made several working back-ups thus far; haven't changed the write-speeds or anything. Same old same.

So, is there some sort of inherent incompatibility with Neogamma and this game? Should I just buck-up and use the original disk? Or am I missing something?

Thanks in advance. If you guys need any information, I'll try my best to provide it. 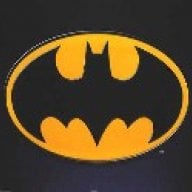 Well... Thanks for clearing that up then.

I know, it really sucks, but there just isn't any way to make it work either, and its one of the main games I really wanted to play too, but maybe with a new update sometime it will be compatible, just gotta hope I guess right?
S 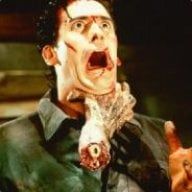 pso works fine on my hard modded wii (wiikey v1 clone) both as a shrunken multi-boot disc and as a normal disc, but unfortunately it won't work on my other soft modded wii... the modchip was worth it just for this game

Archangel12 said:
PSO doesn't work, simple as that really.
And why is that?

I've had this problem too, but with PSO Episode 3. I tried to trick it into playing with Action Replay but instead of hanging on a black screen, it gives me a "Turn off your Gamecube" error. On the Dolphin Emu, the game won't work unless it's the PAL version, so maybe there's hope in using a PAL backup on the Wii...I don't know but it's worth a try. I don't see how it's possible that there's just these games that don't work but the rest do. =\

E
Hacking How do I bypass Metafortress anti-modification on Kirby's Adventure Wii (PAL)?