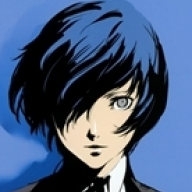 btw, this post is great for people who haven't upatded to know not to update to fw 9.0 as it can cause many issues that are non reversible and can leave many people with a dead ps4.
luckly i saw this post in time before updating my ps4, so i was saved from bricking my ps4 from the bad update
i hope fw 9.01 or above that doesn't have the issues that 9.0 had comes out soon, so as to safely update the ps4 without bricking.

did this really happen?

supposedly, yes. it may have to do with the c-bomb code. they've now made it to where you don't have to worry about the cmos battery dying, then not being able to play any games.

There's a new FW version 9.03 since Dec 1st 2021, but some users are still reporting issues

https://www.reddit.com/r/PS4/comments/r6i1en
I'm not sure whether I should update or not as it's not clear what triggers it. it doesn't feel safe.
some users on reddit said it happened right at the updating process, some others while playing a game, or accessing a menu.

@Cyan , you may want to hold off on updating. trust me.
Reactions: KiiWii and Cyan

godreborn said:
@Cyan , you may want to hold off on updating. trust me.
Click to expand...

this is one reason i gave up on PS4 and CensorShip

I'm not even at 9.00 ! And don't care about exploit.
I care about having a working and booting console.

Cyan said:
I'm not even at 9.00 ! And doesn't care about exploit.
I care about having a working and booting console.

actually, the wait comment I made was towards an exploit. I know @Hayato213 updated to 9.00 to transfer his ps4 games to the ps5, then he sold the system. can't say if there were any issues later, but he said he didn't have a problem when he had it.

Cyan said:
I'm not even at 9.00 ! And don't care about exploit.
I care about having a working and booting console.

I experience some lag on 9.00 beside that no major problem, but I would avoid 9.00 if they released a newer firmware and you don't care about exploit.

i have disbaled system software update option, and am on 8.50 fw. to be safe from any issues that the v9 series of updates for ps4 might have until sony finally fixes these issues or not.

maybe sony did this bad fw's on purpose for ps4 users to switch/buy more ps5 instead? (pretty evil plan from sony if this is the case).

tho, ps4 units are so easy to find atm and way cheaper than a ps5 unit, lol.

Hacking What firmware should I upgrade to for jailbreaking?