Hardware PS vita backup question- can i trust it? 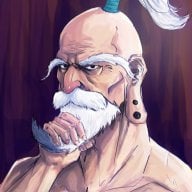 After the backup was made 52,79 gb was written to pc. This missed almost 5 gb so i thought something was up. turned out metal gear solid HD was only 20mb copied isntead of its full size 3300 mb.
I had not gotten any error while backing up either.
This makes it 55,9 GB. only +- 2 GB difference.

I cannot exactly say where this difference comes from, i compared all the games and there are not many big differences like metal gear solid. But i do see with a lot of apps. for example YS celceti is 912 MB on vita and 800+ mb on pc. and so on. some apps have bigger difference, some only a couple MB. some none. So whats up with that? can i trust this backup? 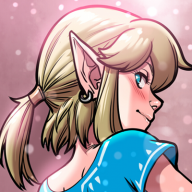 Probably not, I've recently had to reformat my 64GB memory card and when I looked at my backups I had two games that where about 40-100mb when I knew they should be about 1-2gb in size.
I didn't notice this until after I started the transfer but sure enough when I launch those two games they would hang on the loading screen forever, crash with an error or just make my vita screen go black and unresponsive.

This might sound obvious but remember that if you have a cartridge game then the backup is gonna be really small unless you have dlc installed.

For digital games though I'd check with the store to see how big the game should be. If there's a major difference then delete the backup and download it from the store again. I think the reason for these bad backups is actually because of corruption on the card. Since when I copied the same two games from my 16gb card to my pc they where full size, but when I backed them up again (mainly for my saves) from my 64gb card that's when they had really small file sizes.

I'd recommend you backup what you can and reformat the memory card, then delete any games that failed to backup properly. transfer back all the games that have correct file sizes and re-download the others from the store. Then you can try backing up those specific games again and see if it works.

Is It Safe To Backup My Saves Online In A Modded Vita?