Homebrew Proper method to upgrade from one SD card to another for Wii emulators? 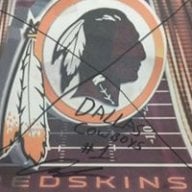 So I bought a Wii that came with a 64mb SD card, jackpot but super tiny storage. I bought myself a 16gig SD card and I'd like to ditch the small 64mb card and just use this 16gig for all my emulators and roms. I copy/pasted everything from the 64mb to the 16gig and when I load it up, it goes to a BootMii screen I've never seen (assuming the instructions I followed from the initial setup made it just load directly to Wii) and FORTUNATELY I had a Gamecube controller that I was able to maneuver with it. I'm worried about following an installation guide again with this new 16gig SD card because I don't want to risk bricking my Wii, however I am a little confused on how I can basically replicate my familiar boot up to Wii and load up this new card. I have only tried Genplus on it, and when I try to load a game it literally just shuts the Wii down and I have to get up and turn the console off with the power button on the Wii itself. Guessing I'm doing something wrong here. Could anybody give me some directions on how to set up this 16gig, or is it safe to just start over from Letterbomb and do it all over again?