ROM Hack Problems with rebuilding Rom after rebuild the romfs.bin

At first, I decrypted the Game "Harvest Moon - A new Beginning" with 3DS Lazy 1.2.
I got this files and folder in "decrypted"-folder:

after this, I tried to rebuild the romfs with SciresM's RomFS-Builder without making ANY of changes in the romfs-folder.

I tried to rebuild the Game as cia with this given Options: 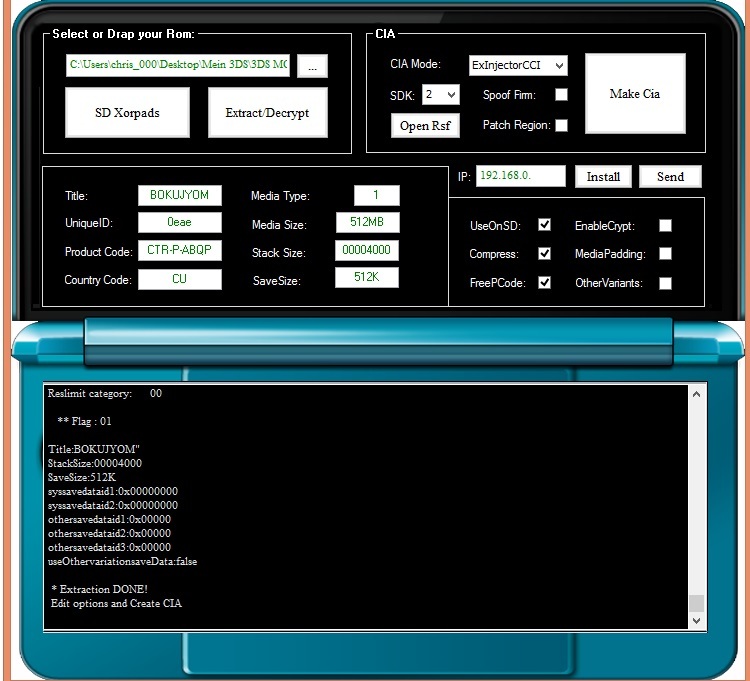 I installed the Game with BigRedMenu (tried the other ones, too) but after the 3DS-Boot-Logo, I only got a Black Screen...
It also won't work if I try to install a cia created with 3DS-Lazy itself...


Anyone who could help me with this?
I can't get this to work-.-

Please help me with it...
C

Really need help with it...
L

what is that program in the photo?
C

Leftshark said:
what is that program in the photo?
Click to expand...

I don't know, but someone told me, it could be a problem that the checksum does not match? 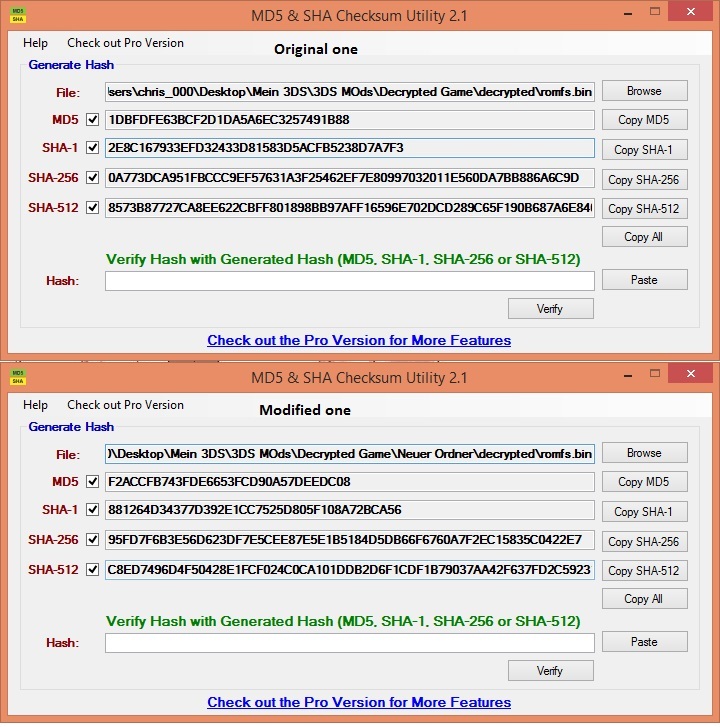 What could be the problem?
Pls help x_x

Hacking ROM Hack I need help with obtaining the ROMFS to DLC CIAs.