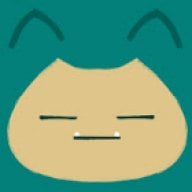 I was trying to play the european (spanish) version of pokemon stadium with my ed64 plus, but for some reason everything was in black and white and the transfer pak wasn't being recognized *(even though it worked with the american version). Before assuming it was because I was trying to play a PAL game on my japanese N64, I decided to try if updating the firmware would make it work. i went to the official page (https://ed64p.com/downloads/) and downloaded the ALT64 firmware (which doesn't seem very "official") and now my cartridge is unusable (it lags horribly in the menu and it won't load any game). So:

1: Does anyone know how to get the original ED64P firmware?

2: Does anyone know why the Pokemon Stadium game won't work?

P.D: Sorry for my bad english

*Actually, it worked with the english european version once.

Yeah ED64P is a heinous clone of Everdrive 64.

Afaik ALT64 was by Saturnu who made it for the official (non clone) hardware, but being a clone it kind of works, as does official firmware.

I don’t own a ED64P, but my friend does and I set it up for him years ago.
Reactions: FerdinandoPH

Has anyone managed to make Dinosaur Planet work with ED64 Plus?

Pokemon Stadium 2: Transfer Pak failing in Retroarch on the Switch

Can the NTSC version of Pokemon Stadium 2 play Japanese Pokemon games with the Transfer Pak?

@ Psionic Roshambo: I hear if you talk too much you have to cut off a finger... What parts do you cut off for other... 30 minutes ago
Chat 0