Hacking Problem with the wiikey. Help?

OK. A friend and I have wiikeys that I installed. And I am fairly sure of my workmanship,

Mine works perfectly. And I mean PERFECTLY. It loaded galaxy perfectly on the first try, and both SSBB discs (D5 and D9) without a hitch. As well as about a dozen backups that all loaded as though they were originals.

Now my friend's is the polar opposite. I installed it at my house, ran the 1.3 update disc with no problems, then the 1.9g. I tried galaxy, which worked as it should. I, ignorantly, assumed that it worked just fine.

I gave him a copy of Mario and Sonic at the Olympic games, perfect. I gave him a GREAT burn of D5 Brawl, didn't read it. (Went to the disc channel, attempted read, both discs phase out and ? mark pops up.) Same deal with a Verbatim + DL burn of the D9 that I tested THOROUGHLY on mine before giving it to him.

Now, it will sometimes load Galaxy, never loads Brawl, and always loads the Mario and Sonic at the Olympic games and all originals and gamecube files fine, but it won't read the 1.3 config disc (it senses a gamecube disc, but won't read it. It isn't semi bricked, and we are flustered.

My suspicions are, in order of my view of their plausibility:

1. Bad flash of the 1.9g.
2. Damaged solder joint en route between our houses (he rode the bus with his wii in a padded backpack.)
3. Damaged discs for the same reason.
4. dirty lens.
5. Unforeseen, unexplainable circumstances.

I came here because most of you are more experienced than I at this stuff, so I figured I would come and see what an expert opinion would be. Thanks in advance!!
R

Do you have your region free turned on?
R

The Region override? I'm fairly sure he turned it on.

But then why would a similar region Galaxy burn (working) malfunction.

This exact same situation is happening to me, I wonder if it has something to do with Smash Brothers. My cousin's works utterly perfectly. Mine boots all my old Wii games, but not Smash Brothers or the 1.3 config disc. I did the exact same processes and updates on both of them but mine just doesn't work. I'm waiting for the US release to try again.

By the way, I'm using the same 1.3 config disc that used to work just fine for me, but hasn't since I put in Smash Brothers. The weird thing is, smash brothers never even got as far as the update or anything. It just gave an error message which I can't remember, but it wasn't a disc read error message. I think it was the region compatibility message.

It almost seems as though if you tried booting smash brothers without region override set to on, you can't boot smash and you can't boot the config disc anymore. 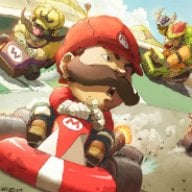 Did you guys update the Wii to 3.1 and let brawl update to 100% (or 15% trick if you prefer theres tutorials out there) before trying to run brawl? Also there are two versions of the 1.3 disc one that boots into gcOS first (you need a GC controller with this version mind you) if the one you are trying doesn't work try the other one and make sure you have made the wiikey region free in the settings. If galaxy is only running some of the time maybe its the media or just a bad burn? 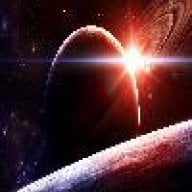 What does GCOS mean?
R

Game Cube Operating System. It was used on modded Gamecubes as a method for homebrew, and is used on wii for homebrew and multigame GC backup disks.

I want to thank you guys for your responses! It's good to know I'm not the only one with this problem.

I suppose that would make sense. I used the GCOS on mine, so I'll find a file for the Wii one and report back.
R

Sorry for the double post, but I fixed it.

It turns out I WASN'T using the GCOS discs for 1.3 update.

Hypermog, since you're having the same problem, try what I tried. Here's a link to the GCOS update discs that I used.

Tell us if it works for you too!