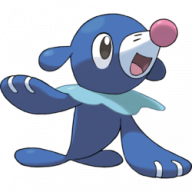 I downloaded the PAL versions of Super Paper Mario and Tatsunoko Vs. Capcom Ultimate All Stars, but at the moment that i try to go back to Wii Menu, it suddenly goes to a black screen and the Wii Menu never appears. and the console reacts as if it's on the menu, but, it just never appears. when i like to quit the game and going back to the Wii Menu, it just goes to a black screen. this has only happened to me with PAL games, with NTSC games i don't have this problem.