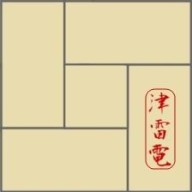 I have a problem that I can't seem to fix.
I have for quite a while been using cfg usb loader to load my games from a HDD. [So I don''t use discs]
I also play SSBB pal [full original size] from my HDD. [I used Wii Back-up Manager to get it on my HDD]

But now I want to add custom textures to my characters and stages.

So I followed quite a few tutorials and this is what I have done so far:

Now when I start up Ghecko OS I launch programs and launch cfg usb loader. But when I do that it says ''no sd codes found'' and I can''t even start up ssbb [complete black screen].

What am I doing wrong?

Games goes back to Homebrew Channel when clicking start button