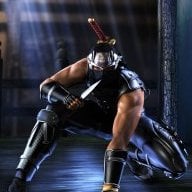 Hi there, I posted this message on the HUGE modify any Wii thread but haven´t gotten any response yet so I decided to start a new thread.

"Hi, I have somewhat a strange problem on my hands. I just finished modding 6 Wii´s, and almost all of them gave me the IOS15 thingy, but I got all that working out. But, I have another problem. On the 7th Wii, which has 4.2E beforehand, I managed that IOS pathcy thingy honky donky OKI. Then I am going to do AnyTitleDeleter, but shortly after I run that program, the Wiimote just dies, and I am unable to do anything. Then, I said "WTH" I´ll just go on with Wad Manager instead (DUH!) but the same thing happens there! I mean WTFH4X!

I skipped the upgrade part since the Wii already has 4.2E!

Mucios Gracias senoritas, but I am off to bed and hopefully will have a happy response when I wake up and recheck this forum (yes I am sleepy, it´s 3:14 (that is 3:14AM for americanos)."

I was under the impression that installing all those WAD´s during the update part wasnt needed. But I still do not know what is wrong. I tried using the GC pad but that didnt even work.

You're choosing IOS36 in wadmanager and/or any title deleter right?

It sounds like you need to repeat the trucha bug restorer steps (ie. your IOS36 isn't patched)

Well, I tried that again and no effect. Now I have 2 Wii´s on my hands that I cannot fully modify.

It seems that both Wad Manager and AnyTitleDeleter just freeze after I launch them, and when I press the A button in both programs, nothing happens, the Wiimote falls out of sync and nothing happens after that

Any help would be appreciated in resolving this situation for me since one of those Wii´s is my brothers.

I´ve never heard of that before. Could you provide a link?

thx for your assistance.

Thx for that. So I am supposed to use this program to downgrade cIOS 15, then mod cIOS36, then restore cIOS 15 and then...phew...I can run ATD and WAD Mngr?

here's the thread on what the program does http://gbatemp.net/index.php?showtopic=194663

Thanks again for your assistance. And I would like to send you another

I´m just curious since I´ve never used that program before, what I am exactly supposed to do according to the "modify any wii method"? I just wanna be on the safe side so that I won´t brick those Wii´s

Homebrew Problems with emunand and sneek