I know I'm not the only one who sees the value of being able to do this, but is it possible? Has anything been released that will enable users to remap the L and R buttons on the Ds while in GBA mode? I hate using the L and R buttons, specifically when they are used to jump like in Super Mario World. It would be much more convenient to default the controls to the SNES layout. After all, the X and Y buttons aren't being used.

If this hasn't been done or is impossible to do at this time, how difficult of an undertaking would it be for someone to make those changes to the firmware? Or is that even a possibility?Why didn't Nintendo think of this? 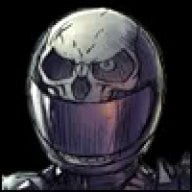 The button layout is what I hated most (well, only thing I hated) when I got my ds. I wish I could change it also like the snes layout, just like i used in gba emus.

However, I doubt this is/will be possible.

Homebrew Question Is it possible to remap buttons individually for each game?