Maybe they enabled it for the PAL ver because 50hz is a slower refresh rate and flickers even worse on a CRT than 60hz?
O

NoobletCheese said:
Maybe they enabled it for the PAL ver because 50hz is a slower refresh rate and flickers even worse on a CRT than 60hz?
Click to expand...

unlikely as the channel shows a hint which says 60hz 480i/480p only
Reactions: NoobletCheese and SaulFabre
M

Sorry for bothering you @NoobletCheese , but time ago we talked about making "16:9 only games" be full screen on 4:3. I've been trying stuff to no avail, but I found a couple of codes for DKCR and Xenoblade Chronicles, unfortunately only for the NTSC-US versions.

I would like to ask if you could try them if you have the time, to see if they really work.

Here's the link to the DKCR one.

I tried with PAL , just in case it was compatible but no, it hangs the game on title screen. I'd like to port them but it seems it would take quite a lot of time and I don't have an NTSC version to compare memory addresses.
O

dont know if 240p is possible, but again the hint in the upper right corner says only 480i/p 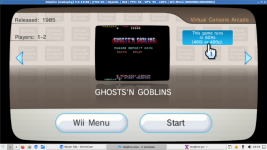 I found out a list of 240p supported games on VC:

I found it here:

Funny enough, only SEGA arcade games do support 240p. So you'll be better off playing on an emulator or something... Apparently some N64 do, but I do not know what "Chime" means. I'll read more.
T

There's a little trick to getting 240p on VC. You have to go to the electronic manual (wii home menu) and connect the nunchuk to the wii mote.
Press A+1+Z at the same time and you'll hear a high-pitched ringer and now you'll have 240p resolution in VC.
I think VC 64 doesn't work but in SNES for example yes, I don't know if in arcade or others they work too, just do the test.
O

Does not work vc_arcade only sega games. 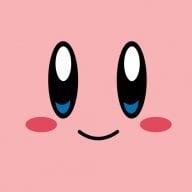 The number says how much to blend the source pixel with the above/below pixel.

I'm not sure why there are 3 values for the source pixel (is it the mix of RGB?) and 2 values each for above/below pixel (luma/chroma?).


I have been trying to patch Donkey Kong Country without success.

I found the block which the game uses at offset 57F306, as I can modify some of the parameters there and change display mode to interlace or split the frame in 2 like in Superrsonic's image.

By default its filter is already set to 00001516150000 (disabled) but visually it still appears a bit softened and the system menu overlays are showing that too, just like Mario Kart Wii and Mario Galaxy.

No matter what values I put in there, there is no change to the image. Also tried putting values in every other video mode block to no effect. The game appears to be completely ignoring the filter setting.

I speculate the game may be calling some other API function which sets the filter manually without referencing a GXRModeObj, so changing the GXRModeObj won't work.

I think we need to use a break point with Dolphin find the address of that function so we can patch it, but I lack the knowledge to do this. Someone like @SuperrSonic or @Extrems might know...
Click to expand...

There should be as many as video modes the devs added to the game (not necessarily support), so yeah, the normal thing is having more than one. If you're playing on Progressive Scan, probably you need only to change the one related to that video mode, but if you don't know which one it is, you can simply edit all of them.

On the dols I modified for my own use I did change all of them and had no issues.

Also, are you sure Wiiflow is capable of patching out the filter with games such as Metroid Prime Trilogy? As far as I read patching-on-the-fly that loaders can do can't really keep on the patch on games that switch between dols.
Reactions: iGom

ooh, I see now, thanks.
I don't think it's capable to do it, that's why I want to do it manually!

One more question
if I disable GXSetCopyFilter entirely using this patch https://gbatemp.net/threads/possible-to-disable-the-wiis-de-flicker-filter.477163/post-9473338 is it still required to disable vfilter individually?
M

no, just disable gxsetcopyfilter and you dont have to bother with individual vfilters.
(edit: but be aware that this can cause issues with some games, e.g. brightness setting in re4 wont work anymore)
Reactions: iGom

Hey everyone, I'm adding the new deflicker priiloader hack to ModMii, and in it's custom guides it includes a table describing each system menu hack, similar to the one seen at the bottom of this page: https://wii.guide/priiloader

This is what I have drafted so far:
Remove Deflicker: Prevents "blurring" on 480i video signals which were originally meant to prevent "flickering" on CRT TVs.

Does anyone suggest any adjustments?
Reactions: JuanBaNaNa, Zorg1996, Razor83 and 2 others 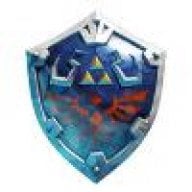 XFlak said:
Hey everyone, I'm adding the new deflicker priiloader hack to ModMii, and in it's custom guides it includes a table describing each system menu hack, similar to the one seen at the bottom of this page: https://wii.guide/priiloader

This is what I have drafted so far:
Remove Deflicker: Prevents "blurring" on 480i video signals which were originally meant to prevent "flickering" on CRT TVs.

Don't you mean prevents blurring on 480p? Interlaced TV need the deflicker or am I wrong?

I'm not sure... I'm inclined to take your word and assume I am mistaken on this, but if someone can definitively confirm that would be great!
S

fledge68 said:
Don't you mean prevents blurring on 480p? Interlaced TV need the deflicker or am I wrong?
Click to expand...

I thought the deflicker was used in 480i mode to blur between odd and even lines to prevent flicker.

lcd tvs will have their own processing to deinterlace and they don't suffer from flicker, which is why you'd want to disable the deflicker.

@NoobletCheese and @Maeson , are you able to weigh in on this plz and thank you
S

XFlak said:
@NoobletCheese and @Maeson , are you able to weigh in on this plz and thank you
Click to expand...

Which one are you describing? Or is it both?