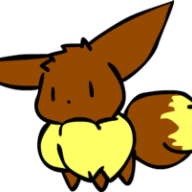 Pokémon Rumble U's release date has been confirmed for August 29th, and is to be available in the Nintendo eShop then. The game has a small price of $17.99, and also utilizes Near Field Communication (NFC) technology.

The new game features "Toy Pokémon", and in the game, in toy form, have to battle their way back to the Toy Pokémon shop. Sounds more or less one of those games that whores money out of kids with little figures that connect to the game, take Skylanders for example.

"Players can even add moves or a Special Trait to their NFC figure so it can be one of their most dependable allies in the game," said The Pokémon Company International. "The NFC Figure can even save in-game data so you can take it wherever you go." - Again, a little like Skylanders right?

Here's a trailer from mid April.


So yeah, as I've said above, the game will be available in the Nintendo eShop as of August 29th. This game really isn't my style, is it yours?

Look at all dis hype, peepl rely want this game.

Shame it has no ONLINE PLAY.... NINTENDOOOOOOOOOOOOO/gamefreak.

it not
"gotta catch em all"

it is
"gotta buy em all"
Reactions: enzymbewegung 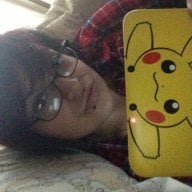 Is it crazy this is making me want a wii u now? Pokemon is like the only thing that caught my attention to play lol

@ Psionic Roshambo: Got it lol 7 minutes ago
Chat 1