http://www.serebii.net/index2.shtml
The game is apparently set 2 years later and features Unova being partially forzen. (I KNEW IT!)
There are various new areas in Unova as well. Rest of the info are in the source. XD

So there are new Gym Leaders as well in the same region of Unova, Orange Island Saga much.

Hopefully we can fly to the mainland.

Anyway I'll be importing one version of the game because I want it and pirating the other for Pokesav purposes.
Reactions: 1 person

posted on better section and was first.
http://gbatemp.net/topic/324906-leaked-pokemon-black-and-white-2-corocoro-scansinfo/page__fromsearch__1

It seems I'll be playing as a female yet again in a Pokemon game b/c the male character looks like a douche.
Reactions: 1 person
T

Shouldn't this be in DS section? I mean, its a DS GAME. 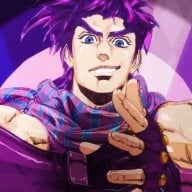 When they announced Pokémon Black 2 & White 2 my first thought was: Nintendo became even more mercenary.
But now I'm quite unsure of what to think about this game.
If using the same region made me thing it wouldn't be good,
adding some new zones, new gym leaders and being 2 years later than black & white,
all of this made me think that this game may be good, and I should give it a chance.

I don't know if this game deserves to be bought, but I sure will play with my acekard, at least to test it and buy the original.

2 years later... Well, I hope it turns out as awesome as GSC/HGSS, those were amazing.
D

I can't agree with you more. HeartGold and SoulSilver are the most polished Pokemon games released for the DS. Even moreso than Black and White.

The touch-screen interface
Redesigned Pokédex
The fact that Pokémon follow you
Permanent running
The ability to switch back to the Gameboy music
The environmental audio (near a river, hear flowing water sounds over music)
The fact that you got a preview of the room before you entered as well as the screen tilting a bit

Bellchime trail - one of the most beautiful areas in the game, no music - you can only hear your footsteps 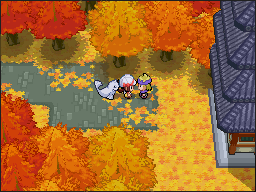 It all adds to the experience.
Reactions: 4 people

The characters just keep getting stranger looking.
I like the look of the male less, every gen

Black-Ice said:
The characters just keep getting stranger looking.
I like the look of the male less, every gen
Click to expand...

I think they all look pretty much the same.
The most different, and my favorite main character is Brendan, because he is the most original of them, and very stylish thougt.
T

Man, they should have just kept Red, and taken the Ash route of making the character only have minor changes from region to region. These characters are starting to look stupider with each gen.
Reactions: 1 person

Oh no, people started posting on this thread when I said to lock it. DX
Another one was already made.