xdarkmario said:
man i love this kinda stuff but i have a feeling this will be bad news for nintendo if they dont catch that mole..
when they catch him they wont arrest him they will chop his fucking head off
Click to expand...

The 3DS is dead, so is the Wii U. The 3DS online services will die at any moment if they haven't already same for the Wii U.

So basically we will get like Pokemon Liquid Crystal and other pokemon mod games? I remember the fan made mods was pretty good. I guess back then Nintendo didn't care about fan made mods but if someone did make a pokeomon fan project they will get sued
Reactions: SummonerArthur 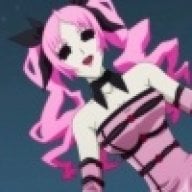 Oh shit another gigaleak.
*click*
Pokemon and Wii stuff.
Oh well, maybe next time. Still hopeful for that Melee source code to pop up at some point.
Reactions: SummonerArthur 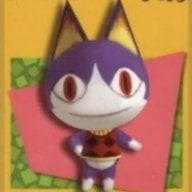 with all these leaks i’m surprised no one leaked the wii sports beta that has the cut airplane mode
Reactions: SummonerArthur

Dude once Nintendo puts their hands on whoever is leaking all of these files...

Goku1992A said:
I guess the question is what use of this information is for us? I remember not too long older pokemon games was leaked and nothing was done with them
Click to expand...

Maybe they're too terrified. All the glitches make red/blue sound like lovecraftian horror for coders.
Reactions: random_ and SummonerArthur
T

Why does it seem like Nintendo is doing these leaks

Lumstar said:
Maybe they're too terrified. All the glitches make red/blue sound like lovecraftian horror for coders.
Click to expand...

95% Of those glitchers were found simply because the people played the games too much and tried everything to get Mew.

Wonder why Nintendo haven't gotten their private plumber to fix their leaks yet?

Thanks to TheLordScruffy on Discord, we now know that Nintendo has utilized fanmade emulators on their consoles.
Under "ios_releases\ios_release_090406170009\build\gba\sw\tools\sim\vba\src" is source code for VisualBoyAdvance, found in Wii development files. pic.twitter.com/MhkFGRX5K7

While the above tweet is inaccurate, as Nintendo did not in fact use those files (which are remnants of the canceled iQue Netcard project), and it was Broadon's work... be ready for another misleading "nintendo sells pirated roms" meme
Reactions: Y0shII, E1ite007, Tur7L3 and 7 others

It does not stop now doesn't it... 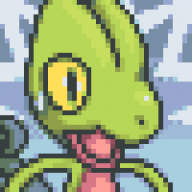 Did they found pokemon stars yet? XD 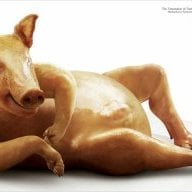 raxadian said:
Well, any news about Wii hacking besides hacking the Wii mini?

Sun and Moon... well the 3DS Pokemon trading is over and ai dunno if you can transfer your Sun and Moon Pokemon to the Switch...
Click to expand...

Isn't the Wii already hacked to death to the point where you can:
- Coldboot into hacked system
- Launch pirated games from external hard drives
- Launch homebrew from anywhere
- Launch a full desktop Linux OS
Honestly I don't know what else you want from a 2006 console with 64MB of RAM. The Wii U on the other hand could be improved if they ever get the Linux port to use GPU acceleration and multicore, but nobody seems to care about it cause there's no new games to pirate.
Reactions: E1ite007, Tur7L3, random_ and 1 other person
M

I cant wait to see this as a Pokemon hehe human head in bird body shit around hehe. It has internal organs hehe. 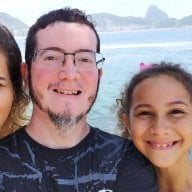 maybe after SM64ports at wiiu/wii/ps2/pc/web/whataever we will see pokemon Sun/Moon ports too?

I'm fairly sure that all of the data was downloaded in one go and they are spacing out the gigaleak releases as they go thru it all and have a grasp on what exactly is inside the file(s)...
R

chrisrlink said:
hahahah REVENGE (not nearly as good as the entire nintendo legal team gettinig montazuma's revenge at the same time but still)....also i wonder if the original leaker's getting into more trouble with each leak comming out
Click to expand...

Probably not. My guess is it's not an individual but a group doing it somewhat anonymously. If they're smart they're doing it from a country like China or another country that doesn't care about copyright infringement.

If it is an individual, they'll probably get in more trouble with each one, but only if it can be proven that they are behind every one.
Last edited by RedBlueGreen, Oct 19, 2020 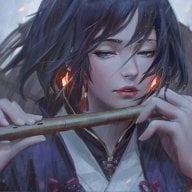 Is there a mega or GD with all the leaks? Or any hint to find them?