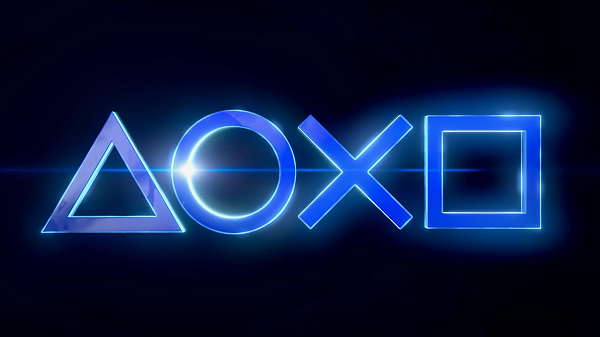 There's a lot going on over at PlayStation, according to the company's latest business briefing. A presentation from Sony's CEO, Jim Ryan, shows a variety of plans for the future, ranging from focusing on mobile and PC platforms, to expanding further on television shows and movies based on its IPs. At the forefront of the briefing is the fact that the PlayStation 5 is selling incredibly well; where the PlayStation 4 sold 80,000 units in 9 days during its launch, the PS5 managed to sell the same amount, but in just 82 minutes, by comparison.

Numbers are better than ever before, across the board, with gamers accruing more playtime than they have before, and also spending more on DLCs and subscription services on the PS5 over the PS4. The supply issues of not enough consumers being able to get their hands on the console were also addressed; due to constraints, the PS5 was unable to overtake the year 2 sales of the PS4. If things go according to plan, by year 3, things will be able to get back on track, and by year 4, the PS5 will retake the lead in sales during the same timeframe. Right now, the PlayStation 4 is the fourth best-selling video game system, and second-best home console.

With the advent of certain free-to-play titles, such as Fortnite, Genshin Impact, Rocket League, Apex Legends, and Call of Duty: Warzone, PlayStation sees f2p titles as a significant share of spending, with players spending 25% more on them in the last six years.

With the imminent launch of the PSVR2, PlayStation is expecting great success with their new hardware, promising over 20 "major first-party and third-party" launch titles, one of which being Horizon: Call of the Mountain. They also want to see more from putting their IPs on other platforms, specifically mobile and PC, and plan to bring even more of their games to PC, projecting more than triple the sales that they did after launching Horizon: Zero Dawn, God of War, and Days Gone on PC.

Another method PlayStation has to increase its profits is expanding into media outside of gaming, with movies, TV shows, and retail products. Not too long ago, the Uncharted film was released, and there's an HBO television series in the works, based on The Last of Us. Beyond that, there's a Ghost of Tsushima film on the way, a Gran Turismo movie pitch going around, as well as a Horizon Netflix series and God of War Amazon Prime TV show all coming out. According to Sony Pictures Entertainment's CEO, there are ten more projects on top of all that, regarding PlayStation's IPs in movies and TV.

THE MASTA RACE GETS BETTER AND BETTER EACH DAY (i have a new GPU so im kinda hyped. hopefully they give us GT7 and bloodborne leave the rest)

Noctosphere said:
I actually meant 3d models, as in animated like the video game
Click to expand...

Well than it can be good somewhat.
Reactions: Noctosphere
Y

And everyone remember, they refused to offer this, never everyone wanting to give their fans what they requested.

ALL changes Sony have, and continue to implement, were forced on them by competition, even then they refused for so long.

I’m glad they’re focusing on putting more games on PC. I mainly play my PS5 but people shouldn’t have to drop like 600 on a new console just to play a few new games. I don’t know why porting games to PC pisses so many people off because expanding your user base is good for everyone. Oh boo hoo x game isn’t an exclusive anymore it doesn’t matter

64bitmodels said:
THE MASTA RACE GETS BETTER AND BETTER EACH DAY (i have a new GPU so im kinda hyped. hopefully they give us GT7 and bloodborne leave the rest)
Click to expand...

Hell yeah, more Playstation games on Steam Deck. Never gonna get over the fact that I can play next-gen AAA games day one on a portable system.
Reactions: SuperDan

it's gran turismo i don't care

Sweet more great free games Uncharted Collection is at the end of June I think.. Will look gorgeous on my pc in 4k... 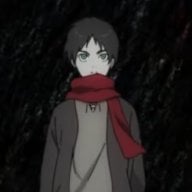 "Semi-Jokes" aside i'd be happy to see more previously PlayStation only IPs on steam, there's more than enough proof all over the damn world that Sony can make cash off it if the first Horizon game and Persona 4 Gold is anything to go by.
Click to expand...

sony doesnt own atlus who make the games

It's pretty much fine now that they've fixed the progression/race earnings. I feel like it does run out of single-player content pretty quickly though, and I don't love that all races are a rolling start just because the AI seemingly can't maneuver to overtake you.

soup1 said:
sony doesnt own atlus who make the games
Click to expand...

considering how many persona games are exclusive to PS they partially do at this point
Reactions: ChaoticCinnabon

64bitmodels said:
considering how many persona games are exclusive to PS they partially do at this point
Click to expand...

well they dont lmao, theyve bought timed exclusives before but atlus is genuinely just a weird company when it comes to porting games

soup1 said:
sony doesnt own atlus who make the games
Click to expand...

Well aware of that but it's still a PlayStation only franchise 99% of the time.
Reactions: 64bitmodels

God of War (2018) was the one game I was looking forward to from Sony to get ported to PC... Praying that the Sony Gods bless us w/ 'Ghost of Tsushima' as well 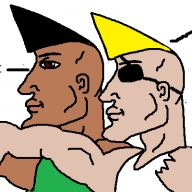 New americans directors of Sony ruins their legacy. What the point of console if there’s no exclusive games? Competition makes companies fight for client, to make better games. No wonder that PS5 is so slow at start.

I am guessing sony starts to understand the severity of Ps5 shortage. they are losing potential customers because no one could get ps5, and risking them to lose relevance in the gaming market. well I hope it means spider-man on pc is getting closer.

Naster said:
New americans directors of Sony ruins their legacy. What the point of console if there’s no exclusive games? Competition makes companies fight for client, to make better games. No wonder that PS5 is so slow at start.
Click to expand... 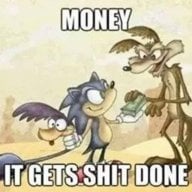 I dunno man,Sony is by no means losing this gen but I feel the tides are turning,with crosoft buying left and right and game pass,the sky is not bright for them.the PC porting position is gonna hurt them pretty bad,they can't feed their player forever with god of war ,uncharted and ratchet.they need to go back to their older self,new Ips.
This upcoming E3 will reveal what Sony will do (teases players with games 3years early) or announce games for 2023

I am an avid PC racing game enthusiast. And I couldn't care less about GT7. I have Forza Motorsport 7 (a new version is coming soon) and Assetto Corsa Competizione, and countless older titles.

But as others have said, it is great to see any consoles exclusives come to a wider audience. And with all Switch games being playable on TWO great Switch emulators for PC, this is indeed the golden age of gaming.

Well, Sony is a bit more than a gaming company, after all. They have every right to invest in other businesses that are related to gaming, but not necessarily gaming.