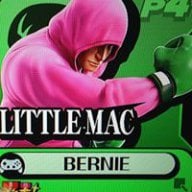 So to start, my flashdrive is 128gb, some sort of tiny sandisk brand, formatted to fat32 and it was working with no issues at all via OTG cable up until about an hour ago. I added a couple MAME roms to it and now when I try to start Autobleem I get the "Starting Evolution UI" message then the screen fades to black and it boots into the stock UI but all of my games are there and my theme still shows up. I have no Autobleem functions in the stock UI, so I can't get my apps or back to the Autobleem menu, and the settings are the stock settings. If I go straight into Retroarch that works just fine, but when I exit Retroarch and try starting Autobleem it just goes back to Retroarch again. USB games will load in the stock UI and in Retroarch, so it seems like it's getting enough power. I've tried deleting and reinstalling the Autobleem files but it still does the same thing. Another flashdrive I have works just fine, so it looks like it's an issue with my flashdrive but I'm not sure what could have gone wrong just adding a couple roms. I'm hoping someone here has seen this before and it's a simple fix.

Edit: I found the issue, it was in Retroarch of all places. I must have screwed something up when I added my roms to my playlist because without that playlist everything worked fine. I deleted and built the playlist again and now it's all working. I'm not sure how that stops Autobleem from working properly, but hopefully if this happens to someone else they find this and it helps them.
Last edited by n00bsaib0t, Jun 27, 2020

@ Psionic Roshambo: I have o fast before but I suspect we are talking different Os lol 40 minutes ago
Chat 0