OP
just wondering if its possible now.. XD
if not it isn't worth it to buy a ps3 here since each of its game is about a hundred where i stay which is mad.
the ps3 itself is already 780... 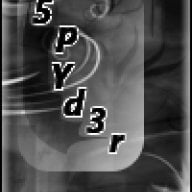 It is not currently possible to pirate the ps3.

Yes, it is not currently possible.
L

Generally speaking, my friends that have PS3 seem to gush on MORE about all the great non game uses they get out of their PS3.

If you have been avoiding it based on game prices you must not have much imagination.

You can easily find game images online, or some people (like if you go to Mong Kok, Hong Kong) sell burned BD or DL-DVD of PS3 games, which obviously don't run (I mean, BD burn was a good try, but DL-DVD?)

I don't think hacked PS3 can justify 780 either, in order to watch burned BD movies a separate hack may be required. (Or alternatively BD movie image directly run from HDD?) 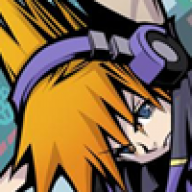 i dont think people wants to tamper with ps3s just yet

why?would you want your 80,60,40gb gaming machine that can play blu ray movies which cost hundreds of dollars that you worked for very hard saving money broken due to hacking

janjo777 said:
would you want your 80,60,40gb gaming machine that can play blu ray movies which cost hundreds of dollars that you worked for very hard saving money broken due to hacking
Click to expand...

You clearly don't understand the mentality of the people who like to hack new gizmos, there are people who wouldn't blink at buying such a machine to hack at even if they have absolutely no other use for it (even 360 back when it cost a lot more and nothing was really known about it's internals.) I think if anything is slowing down public releases of proof of concepts and viable hacks (and thus the progress that would be made if more people were working on it), it comes down to things like:
- PS3 already has linux. Many skilled people are content to fiddle with that, as it is more often than not the goal when hacking a new machine.
- system is complex, most first gen hacks/mods are very tedious, risky, sometimes expensive, and skill intensive to apply
- system is complex and updateable. No one wants to put out info/hacks when it may mean breaking newbs machines at the next update, or that the next update will include a fix for hard won hacks.
- "mod chip" makers are just itching to take advantage of such "scene" hacks and market a product based on it, and have proven it too many times in the past. (ie: how long after wii was opened up and trucha released did it take for datel to put out that region free pressed disk for wii again? or for that matter, even PSP has seen similar attention from datel.)

Not to mention the simple fact that the level of gratitude from the "scene" for hacks in the last couple years has come down to "I can't pirate with this? Well, you suck." I believe personal achievement within a closed group is fast becoming the norm, rather than public "I did it first" type things, back underground. Needless to say, I have seen such happening though more often than not it is down to keeping it with in a group that has the skill to use and apply it and keeping out the "newbs" who want whatever it is they seem to want on any given day.

I for one would like to see the unhacked consoles opened up more towards their "end of retail life", it would mean less homebrew and such in general when people are excited about the machines, but it would also close the problems off that I mentioned above and extend the use of a hardware purchase past the expected lifespan of the producer (while taking away their ability to make claims that piracy is burying their machine.) But that's just me, if PS3 were opened up completely today I'd definitely start scrabbling around to try and get one for myself

Too bad the PS3's Linux has RSX restricted.

Is it possible to load ISOs directly from a network share?

Hardware What PlayStation 3 should i buy?