I've looked everywhere for a rock-hard-safe way of playing a backed up version of NTSC brawl (DVD9 or DVD5 version) on a PAL Wii. (modded).
Don't go saying "I haven't looked hard enough" just yet, ill explain what I found and what I need help with.

Why can't you just burn brick-blocked Brawl to DVD9, then play?

Thanks in advance guys. 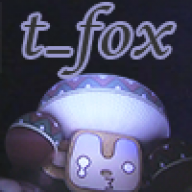 Dupe channels have no ill effects, people just bitch because it's two extra channels. Move them to the far right screen and you'll have no problem whatsoever. I hear the 15% trick works, but I don't see any reason to try.

The dupe channels can be removed with the dupe channel remover, but they'll get put back on next time to try playing Brawl again.
R

Brawl also requires an update that isnt yet available via the internet. The update also comes with mario kart, so if you've played that you can simply brickblock brawl and it should work.

A
Hacking Wii save files not working on HDD games.