CURRENT THOUGHTS
So there is a Kickstarter project for something called Piepacker. This project wants to enable retro game multiplayer which in fairness is fantastic for older games in particular. I foresee some problems with this and I would like to know what everyone thinks about this and are they intersted in getting it? Piepacker Kickstarter, https://www.kickstarter.com/project...-multiplayer-for-retro-games?ref=landing_page. One great thing is that you play certain system rom files. A quote from the Kickstarter page, "We are currently supporting NES, SNES, Genesis/Mega Drive for now, and we are adding GBA/GB later in 2021, as per our stretch goal."

There is a bigger problem getting licenses to use rom files is there not? for one Nintendo are ok with NES,GB and GBA but not N64. For good reason perhaps? Since they know that the N64 games could be more popular of the Nintendo Switch. Plus a big thing is that Mario 3D Allstar collection, where in you can no longer buy it as they said they stopped making it on March 31st this year. So it would look bad on their part if they let you play the rom files for Mario 64 id think. The more popular and obscure game franchises could prove hard to get licenses for like the RPG games for example.


They have goals as expected and if they hit £156,000 or so thay want to let you use your PS1 Rom files. Again what will they let you play surely not a lot of the more popular franchises? Ones I can think of now are, Twisted Metal, Tenchu, Tomb Raider, Tekken, Street Fighter, Majority of games by Square Enix namely Final fantasy and all the other RPG's on that system. Square Enix in particular have remastered some of the more popular Final Fantasy games recently and surely most people will choose those over the older ones? Enix also would want a fair amount of money, look at how much the Kingdom Hearts games are on the Epic shop.

PRICING LIES AND MEMBERSHIP PROBLEMS
They want £214 of the Piereader itself with the 3 current adapters as a pledge tier. Each adapter is £17.79 separately and no pledge contains the added shipping cost to your region, I think i worked it out right and if i where to buy the £71.19( it is the cheapest permium membership available now as the rest have sold out) the 3 other adapters (as you get one of your choice as part of the bundle pledge) separately comes to £135.54 and this includes the £10.98 postage cost to my region. Note that you currently have to pay a minimum of £71.19 to get the Piereader. There is a Digital pass version that is £29 according to them. So i could get the Piereader and all the adapters for far less that what they want in terms of the plegde price if i bought it the above way.

The main attraction of this for me is the using your rom files part. As i said there is no doubt massive problems with getting permission to use rom files let alone certain game franchises. If this doesn't let you play some of the more popular titles in all of the platforms franchises. Plus if it is as they claim and you can only get the feature to play your rom files via kickstarter permium membership (remember they claim that premium lifetime membership is only available via Kickstarter) and there is quite a steep cost of £71.19, it really wont do well in the long term. the £29 digital pass version only gives 6 months of permium membership so if it is only available via kickstarter will they let you extend that membership after it runs out?


MORE THOUGHS ON MEMBERSHIP AND PRICING
1. They say that you can only purchase lifetime memebershilp via kickstarter and your will surely want the lifetime membership not 6 months to keep using your rom files? Will they let you renew the premium license only if you purchased a Kickstarter Tier? it says you need premium to use the rom files feature. If this is profitable for them will the add the feature to buy lifetime membership or premium in general? Again its only on Kickstarter as they claim. If they do that they they contradict themselfs you can bet you will have paid more via kickstarter than on the program/console itself for a premium membership.


2. Again what amount roms will they let you play? Surely not a majority of the popular franchises on each platform as companies can make more money via Steam, Epic or thier own programs online shops and so on? It would be a wondeful thing if we see more popular titles on the platfrom but its a big if in the long run.


QUESTIONS
1. So what do you all think about this? there are only 8 days left and they are clsoe to the goal of letting you use your PS1 roms. I think i worked it out right in terms of buying it all separately versus the all in one packages that are left to buy.

2.Are you interested in the roms or adapter aspect of this project?. Maybe you like both? I really think the main appeal will be the roms feature.

3. The problem with getting licenses for using rom files is another big question what do you think? Have they worked it out and you can use any rom you want? unless i am mistaken they do not state this just that you can use roms you own so i assume that means any game? unless thay can block it? For example you cant use N64 roms or Japanese famicom roms nor can it read famicom carts.

4. A major problem is surely priceing as i have addressed here. It costs me far less to buy it all separately than it does to buy the all in one package tiers. That is dishonest. Would you still buy the all in one tier anyway?
Last edited by CrossOut, May 14, 2021 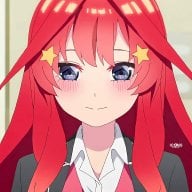 Honestly? Besides using your own carts (which, for retro collectors It's basically the only strong point of that console, except that Retron 5 does that too without issues and also supports GBA carts), why get something that is surclassed by a Raspberry Pi, both in price, specs, and the freedom of not having memberships that will surely fall within a few years?
Last edited by Yayo1990, May 30, 2021
Reactions: CrossOut

Yeeeah I'll just stick with all the free ways, thanks. Being able to use your own carts is nice and all but paying for a "membership"? Big ol' pass thanks. Might as well just dump the games if you really want to keep to strict legalities of it and use NetPlay on Retroarch.
Reactions: CrossOut and Yayo1990

@ The Real Jdbye: underwear leaks A moment ago
Chat 2