First thing: is there anything I need to careful of when taking it apart?

Secod thing: What type of paint do I need to use.

third thing: What would make it look cool?
S

not really sure about the whole taking it apart business, but that one company that makes DS replacement shells has a tutorial on flickr somewhere...

while painting.. you usually want to sand and or primer first so the paint has something to stick to.. since this is a nintendo ds , the tolerance between pieces is pretty exact, so you should take into consideration how much material to take off and how much paint you're going to put on to insure the pieces fit back together... probably 2-3 light coats + clear coat... for the top and bottom lids maybe there's a way to just paint the plastic that's underneath the acrylic shell, thereby xing out the use of clearcoat

i usually use a 300-350 grit sand paper to rough up the surface to start (depends on the piece and paint used) and then use 00 to 0000 steel wool in between coats leaving the last coat clean for the clearcoat... ideally you would want to use a spray gun/airbrush for an even coat, but spray paint is fine... id definitely stick to model spray paint like testors or automotive paints because of the quality of spray and fineness of paint.

application should just be dusted on to unsure even coats starting the spray away from the piece... im sure you can also fine some pretty good tutorials online but i hope this has helped a bit.

OrR has pioneered this feild. Go check out http://gbatemp.net/index.php?showtopic=32280.

Learn from the best ^^ 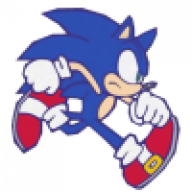 Obviously this is the hottest DS eva! I'm sure your finished product will look nowhere near as good.
C

Obviously this is the hottest DS eva! I'm sure your finished product will look nowhere near as good.
Click to expand...

Man I never realised this came from a GBAtemp member!

I just assumed we were all so classy!

shtonkalot: Oh come on; that DS is pure class and we all know it

QUOTE said:
2. go to your garage and see if you have any old lead based house paint
Click to expand...

That's not lead based paint my friend... it's Voodoo based paint. Yes, because of the Voodoo paint-job, OrR's DS is sentient, and it knows when you talk about it disparagingly!
..or so I hear...
I'm not saying you should believe in Voodoo, but do you really want to take that chance?
Young tRiFoRce197 knew about the Voodoo paint, but he talked shit about it anyway, and I guess you've heard by now what happened to him, or rather what's left of him. So sad...
I guess it could have been a coincidence.
..but then again..

I for one think that OrR's DS looks much better this way than it did to begin with. I have a silver DS, and -it- -is- -fugly-.

I obviously seemed a bit too sarcastic and the voodoo based paint knows it!
I'm off to put a juju bag over my head.

Be sure it's plastic, and secured with tightly tied string. And no airholes, to avoid aerosol Voodoo particles.

DISCLAIMER: To whomever is reading this post: don't do it, you fools!

ANOTHER DISCLAIMER: Do it. If you're dumb enough to do it, you deserve to... well, do it and see for yourselves.

seriously though shtonk (may I call you shtonk) I think your redemptive tone will be sufficient. 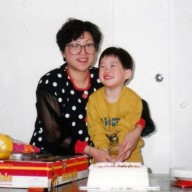 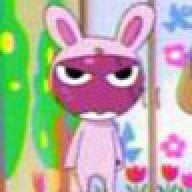 Obviously this is the hottest DS eva! I'm sure your finished product will look nowhere near as good.
Click to expand...

wow, what should i say ?
amazing?

I await the GBATemp Awards this year =D

Unfortunately, whenever someone wants to paint their DS, there are very FEW serious replies. I'm not saying its OrR's fault. Its everyone who continues to reply with things like some of those that are in this thread.

On topic
Short Tutorial from qj
First Thing: If you follow the video tutorials on taking apart the DS, you should be fine.
Second Thing: I dont have any knowledge in this, all I know is to seal it when done painting it X_X
Third Thing: What would make it look cool? It all depends on your tastes. What are some games you like or some designs you like? I, for one, am going to put my tattoo on the back of mine. =D

Go with stickers/skins. Way too much hassle to paint it for the result you will achieve.

Unfortunately, whenever someone wants to paint their DS, there are very FEW serious replies.Â I'm not saying its OrR's fault.Â Its everyone who continues to reply with things like some of those that are in this thread.Â
Click to expand...

Well, I thought the first reply summed everything up nicely, and that the serious part of the thread could very well end there...

"Take it apart, sand it, paint it, apply several layers of paint/lacque, wait for the previous layer to dry completely before applying the next one... Only paint in a well ventilated room...

And now, time to be wacky!

Thanks, the tattoo is on the back of my right hand, its a logo for some tattoo shop that does tribal/celtic mix up in Rhode Island.

On topic: I'm going to do some console painting like this when I get the garage and back yard cleaned out.

you know, OrR's DS may acctually be worth more than a regualr ds, its gained quite a reputation

if it were up for auction, id try to buy it (If i had moneY

I just read that article, and like so many retarded Internet-based critics, the author is piling his crap on something he doesn't know the first thing about.

Quote: "Just look at that DS cover: it appears to be a severed buttock with two arm-conjoined siamese twins dancing on the hump. More curious is the motto: 'Lost in Blue'. Yet they are dancing on a flesh-tone. Perhaps a more accurate illustration of the entire 'what the fuck does that even mean' concept of being lost in blue would have simply been blue siamese twins painted on a blue cover."

Right. A person who doesn't know that Lost in blue is a DS game, that the logo has two children holding hands, and that the "blue" is supposed to represent the ocean, in the middle of which the kids are stranded, on a tiny island, can just as well shut up before proving him/herself a moronic hypocrite by criticising any of it. His/her jokes suddenly stop being so funny.

Yet another example of how easy it is to mock something you know nothing about, in front of a herd of even more ignorant, even more retarded "fans".

I bet he/she's feeling all smug and smart, having piled his/her crap over somebody's work, and then spreading it evenly with his/her attempts at satire.
Good for him/her.

(Him/her because not only men are retarded. And I don't care what sex the thing that writes those articles claims to be.)