Ok, it seems a lot of people are afraid to solder, so I'll tell you everything you need to do / buy to install a modchip in the wii. If your like me you don't want to waste money cause its hard to come by. So listen up, This is the poor man guide to doing this yourself for around 20 bucks.

Step 1 - Gather hardware needed to open case
To open the wii you will need:

*A Cutter tool (to get the little white stickers off the screws)
*A Very Small Phillips Head Screwdriver (should already have)
*A Tri-wing driver ( Search Ebay, the same ones that fit NDS/GB work on the WII, 7 shipped usa, or call hardware stores) Please note: I got this tri-wing driver and it worked for all the security screw except the ones holding the faceplate. I believe those need a tri-wing driver size 1, and the ebay driver is a 3.


Watch THIS video. Its hosted on youtube and is the best out there right now.
you will only have to do steps until the 5:50 mark. The dvd drive he pulls out is where you will be soldering onto.


Step 3 Picking out your modchip

Many options are out right now, but these three are talked about the most:
1) The Wiinja. $30 US Dollars, 5 wires to solder. A newer model was announced today that is upgradable via DVD.

Wiinja installation video. It's in spanish, but it gives you an ideal of what the process involves.

The first modchip released for the wii, its main selling point is playing wii backups from your own region.

2) The Cyclowiz. NOW UPGRADABLE via DVD. $40 US Dollars, 0 wires to solder (quick-solder)
Cyclowiz installation video by maxconsole.net. Its brief but still lets you see them putting the chip in.

The second modchip released for the wii, definately being promoted by maxconsole.net, its main selling point is no wires to solder, but it will be a pain to remove if you want another modchip.

Both of these modchips support booting WII iso's from the wii's region. The wiinja is not upgradable. I have this modchip and am writing a review on it now. It boots all my NTSC backups fine except COD3.

3) The WiiKey. Cost Unknown, 4 wires and quicksolder
The newest chip to hit the market is the WiiKey, it's main selling point is that it supports upgrades via dvd-r and will play all NTSC/NTSC-J from a NTSC console. Since it contains upgradable firmware we can expect a region free firmware update soon (hopefully). We will know more about it shortly.

Right now , I'd keep waiting. Lots of mods/clones have hit the market the past week. I'd see which is the best.

Misc Info on the PIC that wiinja uses
HERE is the PIC I believe they are using, its the PIC 12C508A. Its only worth about 4 bucks, and you need to program it with the dump of the wiinja. I bet someone will be selling these for $15 right after the wiinja gets released. You also must realize the Wiinja is selling the few lines of codes for $30 and not the chip. So thats why the wiinja cost so much, I'm not saying its right to charge that much.

(thanks to niklasnyfiken for this info)

After your backup is unscrambled, simply open nero and burn the image to dvd. (The wiinja team has confirmed nero is ok)

Look at the diagrams over and over until you know 100 percent its right before you do it. Don't be afraid to mess up, cause you can fix most of the time by a copper braid and/or a desoldering pump. I will go more into detail about this later. Use a old network card/cd player to practice and before long you will installing modchips no problem.

I recommend reading THIS guide as it is what I used to learn.

Below is a pic of what a good solder joint look like, basically you want a "volcano" as it will last YEARS and YEARS.

If you still need help:
I will be documenting me taking apart the wii, (and installing a modchip, after the clone comes out, or I get a sample to review). I will also answer any question as best as I can. Be fun, be safe and enjoy your WII.
W 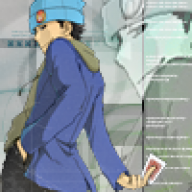 Thanks for the tips!
M

what size tri wing driver do we need? Im at work right now and we have tools, i just need to know which size? Also, how small of a phillips?

Nice, this should definitely help when it comes time to install the modchip Thanks man

Diameter is .032, I have updated my original post to make it easier to read and have included links.

Just wondering, but after you take apart the wii how will you remember to put it back together again. From watching that video there is a hell of alot of screws..

the only thing that I would change would be the solder type. I tend to use silver bearing solder instead (which also comes in a smaller diameter of .015 64-035 HERE

and although the silver bearing is also a rosin-core solder, due to its smaller diameter, it doesn't tend to leave a crappy residue around the soldering surface like most rosin-core solders which are usually only used for things like heat-sweating copper tubing (when working on things like replacing your plumbing) to ensure that you have a good surface bond to the copper.
A

I thought the xbox 360 was a bit tricky to take apart. Its easy compared to taking apart the wii.
L

i found the wii easier because it was only some screws, i hate the 360 click system

has anyone had experience soldering with RoHS compliant stuff (lead free)? I assume the wii is RoHS compliant. I haven't had to work with it yet, but I've heard it takes a considerably hotter iron. Would that radioshack iron work for it?

PS1/2 Wow, after over 20 years, the PS2 is still the less import friendly console to play on!

Hardware Wii Mini - How to solder to the extention port?