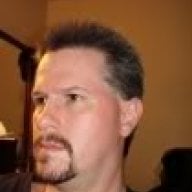 I installed preloader and i noticed in the systemhacks section there is only 1 option to choose which is "Move Disc Channel". This can't be right. Anyone have any guesses?
T

It was said that everything was removed that caused problems with games loading via the Disc channel.

dont you mean "systemhacks section of PRELOADER"? anyway, i hope your problem was resolved.

Mods which work with Quake GX