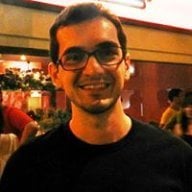 Greetings. I will make this in parts and go through chronologically so it will be more understandable (hopefully).

An Old 3DS XL from Australia (same as EU). Bought it in 2013 new from EB Games, only owner and user. Never opened it. Original battery still holding the charges well. Not using official Nintendo charger because of power outlet incompatibility. No signs of damage or failure on buttons or external components. Hinges still holding well, not loose.

Software wise, on lattest firmware version (11.14.0-46E). Installed CFW exactly as told in "3ds.hacks.guide", Luma on latest version (10.12.1). Some games installed via .cia and SD card still has some spare space in it.

On the same day (04/13/2021) at night, upon opening up to upper part and pressing the power button, the blue light and screens turned on normally, then both suddenly turned off in a couple of seconds. I tried to turn it on again to no avail, not a single sing of life was given, no light blue turning on and off, no screen flickering, no pop sound, nothing. It was behaving like the battery was completely drained.

The first thing I tried to do was connecting to the charger. Upon connection the orange light came on and stayed on, no blinking, no turning off, like if it was charging normally. Than I tried to turn it on, but again nothing happened. I decided to leave it charging, connected it to the cord and left it until the next day. Orange light lighted up and stayed like that.

In the next day, wednesday (04/11/2021), the orange light was off, like if it was completely charged. Tried turning it on and nothing again, so I went to the specialists on the world wide web.

--> Trying to fix it (unsuccessfully):

I searched on several posts, here on /3dshacks and on GBATemp, the most common problem people have that could be relatable is the well known "blue light turns on and after some seconds turns off". But I am not confident that this is related to my problem, because my 3DS XL is showing a different symptom.

Things I tried in order to diagnose the problem:

- Battery voltage of 4.1 V, tested on day 04/14/2021 (might test again the next day to evaluate charge loss).
- Removing and putting back battery did not work.
- Can not enter recovery mode (holding L+R+A+Up on turning on).
- Removing SD card and cartridge did not work.
- Continuity test of fuses F1 and F2 are OK.

Now I come to you for some insight on what may be causing this issue. When I opened the 3DS XL to check the fuses I also cheked the other components and there was no sign of anything wrong. Liquid damage patch was intact, ribbon cables not torn or broken, no burnt component. I even tried to turn it on without Wifi and IR boards, but again no blue light. The only thing I did not cheked was the upper screen and hinge ribbon cables because I am too afraid do break them.

As I do not have a spare battery and I don't know of anyone else who has a 3DS XL where I live, the thing I am most prone to do is to buy a new battery, but it would take months for it to arrive, buying one where I live is quite expensive.

So, anyone got any ideas?

brunogildo said:
without Wifi and IR boards
Click to expand...

Those should remain connected for the system to power on, you could try cleaning the connectors on them with some alcohol to improve the connection.

brunogildo said:
- Removing and putting back battery did not work.
Click to expand...

Did you remove it for just a few seconds or for a longer time? If you haven't had it out for a longer time, try leaving the system without the battery or the charger for a few minutes or even a few hours. Press the power button a few times after taking the battery out to make sure there is no energy left.

This unfortunately sounds like a permanently dead motherboard to me, it would still turn on for a few seconds if some of the other system components were causing the issue. There is a small possibility that one of the system components is causing so much trouble that the motherboard can't even turn on the power light for a few seconds, so you could try disconnecting all cables from the motherboard, taking it out of the system, and see if it shows any signs of life if you try to turn it on without any other components connected. Remember that the battery has to be connected for the system to turn on, it will never turn on with only the charger.

IC_ said:
Those should remain connected for the system to power on, you could try cleaning the connectors on them with some alcohol to improve the connection.
Click to expand...


IC_ said:
Did you remove it for just a few seconds or for a longer time? If you haven't had it out for a longer time, try leaving the system without the battery or the charger for a few minutes or even a few hours. Press the power button a few times after taking the battery out to make sure there is no energy left.
Click to expand...

I will try that.

Tried what @IC_ said above and unfortunately nothing worked. I think he might be right, the mb is dead.

H
Hardware My 3ds does not turn on from battery. I found a short circuit.