TP? TP FOR MY BUNG HOLE? 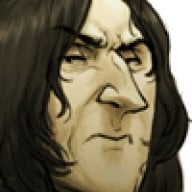 HA! The big N justs wants more people to buy the Wii, I'm sure there are many people who want TP but not the Wii.

Don't worry, someone from Japan will buy it and upload it.... but I don't feel like wanting to learn Japanese to play it. 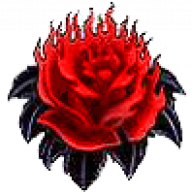 I used to be a jerk before i got banned

Woah, wow, what the fuck. I know some guys that would absolutely flip over this news...I'm scared to be on the interweb right now

This is a pretty retarded move by Nintendo, there's absolutely no need to make Zelda: Twilight Princess a Wii exclusive title. Absolutely none. This will most definitely hurt the sales of Twilight Princess, I can't believe Nintendo has done something so idiotic. I can hear it now, all of those fans buying the Gamecube version telling Nintendo to "Get Bent".

It still hasn't been taken off of European Shelves yet...but why is it only in Europe? This makes no sense.

Nintendo should at the very least offer Gamecube controller support for the Wii version.

EDIT: I give Joystiq a fail/10 for posting bullshit information


QUOTE said:
However, I was told a different story by the same source that gave me the Wii pre-order dates before GameStop gave official notice.

I got official word from the same source who's given our site exclusive breaks on several stuff, like the Wii pre-order date, that GameStop/EBX simply is not taking anymore GCN pre-orders for Twilight Princess because they are fearing a possible shortage unless more people convert their pre-orders from GCN to Wii. Not enough people have converted their pre-orders to the Wii version, and as such, they are expecting an extremely limited supply of GCN copies, so they removed online and in-store pre-orders to prevent an over-sell.

The GCN pre-orders will be done on a first come, first-serve basis, with online pre-orders taking priority over in-store. Online orders will be filled first, and remaining copies will be shipped to stores to fill in-store pre-orders.
Click to expand...

Oh...my...goodness. I'm so dissapointed in Nintendo right now. This is the stupidest thing they could have done. 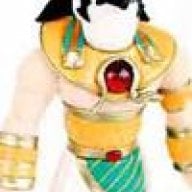 Location
Amongst The Clouds

This is just pure despicable behavior from Nintendo. If it's true I will never buy a wii.

After all the broken promises and "delays"... to pull this Sh*t is unbelievable.

I am seriously pissed!!!

Zelda GC Heads to Euro shops
Thursday 12-Oct-2006 12:43 PM Nintendo confirms to CVG that Twilight Princess on GameCube will go on sale in the shops across Europe.

Just in case you're wondering, "the usual retail outlets" does indeed mean that the game will be sold down your local shop. So we can all calm down, everything's going to be fine.

Nintendo wouldn't confirm whether or not the GC version of Twilight Princess will launch simultaneously with the Wii version on December 8 (or even a week after), but we'll keep banging away.

I refuse to believe it, I´ll wait for something official.

But I´m also pissed, this is the old Nintendo, not the Wii one, not the Reggie one

A
Hacking Pretty sure I bricked my Switch. Just need confirmation.