OFW ruined during Nintendo's save data transfer. Can I rescue my saves? 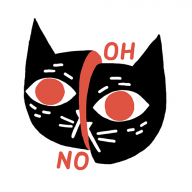 Mostly wanted to make this as a way to report this because I haven't found evidence of this happening to anyone else. If someone can explain save extraction from a NAND backup, I'd appreciate it so I know exactly what steps to take next.

I have a V1 Switch that I use with either CFW for mods or OFW for online stuff. While on OFW, I attempted to transfer my Pokemon save data to a new Switch Lite I just got, but at the beginning of the transfer, both consoles said they had a problem connecting, then had to shut down to retry the transfer. For background on this, I did move Pokemon save data into OFW on this Switch using HacDiskMount about a year ago, but it hasn't ever given me problems until this. Maybe this was what made the transfer fail like this, but I don't know. Whenever both consoles were turned on after that, they would forcefully boot into the transfer process and search for the other console. Trying to reconnect them just didn't work anytime I tried it and trying to connect a third Switch to either of them doesn't work either (they need to connect to each other, but connecting to each other doesn't work). They both effectively only booted into the transfer screen without any way to return to the home menu or just do a normal reboot. My only option to continue using my Lite was Nintendo's official restore method, but the only restore option available on either of them was a factory reset without any way to keep saves. My Lite is new, so I restored it to factory settings using Nintendo's official restore method, but booting my original Switch into OFW will always just bring me to that transfer screen. Has anyone ever found something like this before?

CFW still works as usual, so that's fine, but how would I rescue my OFW Pokemon save before I have to factory reset it? I don't have a recent NAND backup, but I made one just now to try and rescue my Pokemon save before I have to do the reset. For some reason, HacDiskMount will not find the Switch after mounting the eMMC rawNAND with Memloader, but maybe I missed a step there. What's the most efficient and simple way to go about extracting my data from either my backup or the Switch itself at this point?

UPDATE:
To answer my own question for anyone that finds this, I used TegraExplorer to move the saves from my old OFW to the new, factory reset OFW. Still strange that Nintendo's transfer caused all this, though. I wouldn't suggest trying to transfer modified saves through their process in case something like this comes up. I definitely won't be trying again.
Last edited by seeingshapes, Nov 9, 2021
Reactions: BrandonSWITCH and s1cc

Help transferring saves from yuzu/CEMU or tracking down an unpatched switch?

X
Transferring Yuzu game saves to my Nintendo Switch (No CFW, No Hack)

How to transfer a Pokémon Sword Shiny Collection .Main SAV to Pokémon Home?

@ KennieDaMeanie: https://youtube.com/shorts/6kMwS9X8QSo?feature=share this made my guts hurt 11 minutes ago
Chat 1