I know it's possible to generate a fake ticket from a title key, but I was wondering if the reverse is also possible. For some games that were only released physically like Mass Effect 3 I couldn't find any keys in the title key lists I could find online, but I could download a ticket file for them. I can't use that ticket file because 1) I can't use NUS downloader to download a game that's only released on disc and 2) Uwizard's WUD manager wants a title key instead of a ticket file to decrypt and unpack the .wud file. 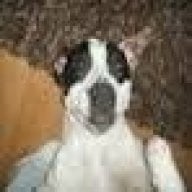 You do not need the title key contained in the ticket. You have a .WUD image which is a 1:1 disc image which contains an encrypted partition that holds the disc ticket which contains the title key. Why would UWizard need the ticket if it can just acquire it from the disc(image)? What you need is the disc key, sometimes confusingly referred to as a WUD title key. If you download a WUD from a source that follows scene rules, it should be bundled with the disc key, either as a game.key, or disc.key file. It may have also shipped with a .nfo file that when opened as an image will have the disc key.

I just searched and I was able to easily find the disc key for Mass Effect 3 Special Edition for USA region.
If you cant find it then you need to get better with Google my friend.
N

It seems that way. I'll give it another shot. Just found some keys I didn't come across during my previous searches for some reason. >_<

Gaming How do I install WUD files into my wii u?