Obama to appear in Spider-Man comic 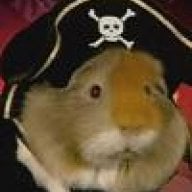 This news was out, last week. Thanks for posting it though.

It's merely a backup story, 4 or 5 pages long. Nothing particularly special, the issue it's attached to was infinitely superior. This isn't the first story of its kind, of course. They once did a Spider-Man meets Jay Leno backup storyline that was attached to several issues.

I have problems with this not from a marketing standpoint, but from a continuity standpoint. As this is fairly regular practice in Marvel comics, trying to approach a real world issue from an in-universe perspective.


My issue stems from the fact that for the last year, after Joe Quesada (Marvel's Editor-In-Chief) appeared on the Colbert Report and said something to Colbert along the lines of "Your presidential campaign may be over in reality, but in the Marvel universe it's still ongoing". After which they did Colbert for President mini campaign ads all over fictional Marvel bulletin boards, street corners, billboards, car bumpers, etc.

You see, the Marvel comics universe works on a sliding timescale. That means that although they've been publishing comics for 70 years, only 10 - 12 years have actually passed in the that fictional continuity. When they needed to show a president all they needed to draw was a generic old white male with gray or white hair, and you'd have a good representation of any previous US president that was timeless and thus didn't contradict the timeline.

Colbert for fictional Marvel president made sense because in reality we now have women and African-American men running for president. Which means the generic "old white male" standard no longer applies. By making Colbert the president, they could overcome that boundary by showing his "character" making all of the presidential decisions from here on out.

As I stated above, due to the nature of the sliding timescale, only 10 - 12 years have passed since the Fantastic Four gained their powers (the beginning of the age of heroes). Which means there's only been 1 - 3 presidents in that time. All of them generic white males. So now, by having President-elect Obama recognized as the official president, they either have to keep him in that role until Marvel stops publishing, or contradict continuity.

Plus, whenever the president needs to make a tough decision in the canon (for example, arrest Captain America, hunt down Spider-Man, etc... common practice in comic fiction) you'll now be portraying Obama as the villain of the story. Which Obama supporters (of which there are many) will not be pleased with. Just my two cents.