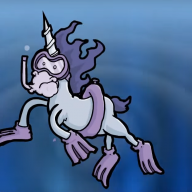 so, basically, sometime around one or two years ago i lost my acekard2i and had to bs9 a 3ds, so i got an old gateway blue card and tried to flash it. it went wrong (i have been procrastinating making a thread to ask for a backup.bin (deep labyrinth) for it since then, bonus points if someone knows where to get one). the gwbc is bricked. i ended up finding the ak2i and doing whatever i had to do, and... just kinda put everything on a drawer until now

now i finally decided to try to flash every backup.bin i could find to the gwbc, in hopes of a miracle, but every ntrbootflasher option says "flashcard not supported" (this on the .firm, the .nds bricks every card i have every time i try to dump the fw for some reason)

so im wondering what the next step should be here. does a no-check ntrboot flasher exist? should i give up and scream at the sky?


context:
i have a n3ds with bs9 installed and a nds lite
im one of that persons who enjoy more hacking the 3ds than actually playing with it, so i know terminology and im not afraid to fucj up this thing if someone thinks it will help
im lazy to get on the computer so i will most probably not reply to the thread instantly
im not confident at all in my english. sorry for that
all help is very appreciated uwu 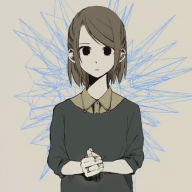 Maybe your Gateway chip is counterfeit one that has unsupported chip, It's likely the cause of it.

I only tried Ntrboot flasher in NDS so I don't know correctly but there's the way to check the info about the flash chip in your flashcart.

check https://github.com/ntrteam/flashcart_core/tree/master/devices folder, They have the list of compatible flash chips in comments of .cpp files.

also You can use acekard 2i on your DS, and as long as you didn't mess up with your SDcard you can safely transfer your saves and roms from gateway to acekard.
Last edited by KokoseiJ, Aug 13, 2020
Reactions: VzUh

for what i have read, mainly here (not that i have found many other places to read about this), the deep labyrinth gwbc is one of the first batches or something like that

its higly probable that my card is way beyond repair at this point, but im still in the negation phase, wanting to think i can save it (and then probably leave it forgotten for years again)

the link seems helpful, but i dont know how to check anything anymore on this flashcard. the fartest i have reached is by trying to dump on decrypt9 or hourglass9, both of wich report this:


Code:
i may not know much, but i know enough to be aware that those two values dont help at all.
edit: it only says that, and then the whole thing hangs. there is no more output after that, except in the case i remove the cart, in wich case it gives a understandable read failure


the ak2i doesnt worry me really, nor whatever there is on any sd card. i have not need for any of this, i probably wont use the gw if i ever get to fix it. i just want it fixed or declared irreversibly damaged to get it off my mind at this point. if i mentioned the ak2i has been only because 1 i bricked it then unbricked it while i was writing the post and 2 because maybe there are some kind of cart swap magic avaliable that some wizard or witch or otherkind here can point to me
Last edited by VzUh, Aug 13, 2020

okay, so things got... something. im not sure if worse or funnier or what, but they got something

i tried some more times to dump it, because i had nothing better to do and and i was bored. and then...

i guess this is better than the previous result, but i didnt knew that character could be displayed on the 3ds lol

the cart does not give the feeling of having loose contacts, at all, but i guess ill start to put a paper on its back anyway

now on godmode it reads as "[C:] GAMECART ()" or "[C:] GAMECART (EMPTY)", it changes between both. or at least it did change, before i did the unthinkable and crashed gm9. this last thing for sure wasnt on my list of what to do today
Last edited by VzUh, Aug 14, 2020

.
.
Gateway 3DS blue card
Not all gateway blue cards are supported. Test at own risk. The supported blue cards (and maybe some/all of the unsuppored, too) are an Ace3DS Plus rebrand. You have to have a MicroSD card in the flashcard in order to run ntrboot.
.
.
Click to expand...

"flashcard not supported" on every option of both downloads.

but it made somethig i guess, i have clovers now, with i also didnt think i could see as a character on the 3ds

this is all with a piece of paper on the back of the cart to ensure contact, so that shouldnt be the reason to have diferent results... and i dont know enough to think of another reason for it to change with what i guess is read only operations
Last edited by VzUh, Aug 14, 2020

You might have used the unsupported card, which is bad.

maybe you could try to search more and grab some new firmwares to test, or grab a new one and revive yours with dump, but as long as there's no dump I think it's safe to say that yours is bricked.

KokoseiJ said:
You might have used the unsupported card, which is bad.

maybe you could try to search more and grab some new firmwares to test, or grab a new one and revive yours with dump, but as long as there's no dump I think it's safe to say that yours is bricked.
Click to expand...

i most surely did flash what i shouldnt, yea.
maybe the section V of the guide
should be changed to "almost sure". or maybe not, since aparently im the only one who did manage to break things like this


in any case, the problem is the same: i have firmwares i'd like to try to flash, because i dont fear anymore about the safety of this cart, but i cant flash anything because i cant even start the process of flashing. it will only spit "flashcard not supported" and thats it. so the question here is more or less, "how do i force this thing to flash a cart it says it doesnt support?"

or, idk, would be doable some kind of zerofilling or low level formatting or something to the flash chip of the flashcard so maybe it stops saying "80mb used, 0mb total size" or something and then i could try again wishing for more luck


to anyone who reads this, i offer my flashcard for the science. mad experiments allowed from now on, please and thank you
Reactions: KokoseiJ

so, im a user wich doesnt understand exactly what the powerful tools that i have at hand do, and so, i have done the logical thing that is play with them. here are some findings, most of them probably not interesting, but a reproductible gm9 crash is a interesting finding i guess (even if logical)

1-cart is recogniced as clovers (see previous pic)
2-boot gm9. it reads the cart as "()", 0bytes, but if i go inside a folder and then outside again (or just take the cart out), it says "(EMPTY)" (0bytes still)
3-take the cart out. gm9 says (empty)
4-put the cart inside. maybe half a second of working, and then gm9 crashes. im dont know how to check how hard it crashed, nor how to get logs. on the gm9 wiki, it says the next:


Code:
i guess thats whats happening here (?) but i cant find any dump on the sd (im not saying it isnt there, but i cant find it. help on this subject is also appreciated)

5-go to decrypt9 or hourglass9 and try dumping the cart. now it will spit useless output (FFFFFFFF, NTR). one time, it changed to FFFFFDFD, but thats it (for now at least)

6-try an option of ntrboot_flasher. it will say "flashcard not supported", but when rebooting on decrypt9 or hourglass9 and trying to dump, it will output semi-useless (corrupted i guess, but a corrupted detection is still better than zero detection i want to think)

TurdPooCharger said:
Restore the flashrom on your bricked cart. Success?
Click to expand...

i cant restore anything. i cant flash anything, because aparently ntrboot_flasher cant read the cart as a gwbc anymore, and so, "it isnt supported" and i cant get to the screen of dump/inject, im stuck on the choosing flashcard screen
Last edited by VzUh, Aug 14, 2020

iCEQB said:
During my research I found out that the Ace3DS+ Team was building carts with 001-002a markings on them
Click to expand...

this is the screen that i cant reach, and which i would need to reach to flash something on the gwbc

hax of the year, i somehow mutated a ntr/twl flashcard into a ctr flashcart
i thought the ntr/ctr detection was hardware-based? like, wtf

All (or nearly all) the usual online retailers haven't had the R4i Gold 3DS Plus in stock for the past several months. Also, the manufacturer's website www.r4ids.cn has been offline for over a week as tracked by isitdownrightnow.com... Previous flashcart companies where their websites have gone dark or not renewed usually indicated that business has pulled out of the DS flashcart market. 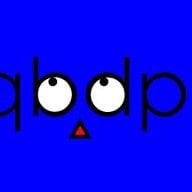 so ive done a lot of research on this card becasue i have two of these same cards. but you do have a ace3ds+ rebranded as a GWBC.

what is weird is that every deep labrynth GWBC i've seen has had X-C or some variation on the pcb board and yours does not. ive heard that others dont actually have X-C on it but this is the first picture ive seen of it. basically the board is dead. nobody really ever figured out what the card is and nobody has ever been able to restore it. it does run the same wood version as both the ace3ds+ and the GWBC of all variations but other than that they arent anything alike. i've tried everything i can and both of mine act the exact same way as yours because i mistakenly thought i could use them as ntrboot flashcarts. yes, i did it twice. the first one messed uplike this and instead of tryng to fix it i thought there was just something wrong with the card so i did it to another one and messed that one up too. theyve been "dust covers" in my 3ds cart slot ever since.

its dead. i promise.

Hacking Ntrboot on a Gateway Blue card with a DSi

A
Hacking Help! 2DS with CWF only boots without SD inserted. Blue light that flashes once.