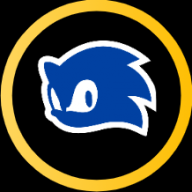 Nintendo...one of the most popular video game developers and franchises, did something, on the wii, all these years ago. it may seem fake, but nintendo and absolute video game giant, was selling the original super mario bros game from the NES, we all know this. most of us had this game on our wii console. but what you didnt know is that it was an illegal rom hack of the game they were selling for 1000 wii points?? what?? this is 100% true. digging around in the hex files of the game trying to find a certain music file some people including myself have found that in the hex files one of the files is tagged with iNES, an original emulator for the NES. according to technobuffalo " Nintendo denies that they're using a ROM downloaded from the internet. Marat Fayzullin, the creator of that iNES emulator, says however that both the version of the cartridge and the dumping method involved will often introduce some minute differences in the ROM's hex information. Again, this file is identical to much older ROMs of the same game.
Fayzullin suggested that it's possible there was a contractor-publisher miscommunication, with Nintendo outsourcing the emulation of the game to a third party, and the third party taking to the internet when the physical cartridge was unavailable." this article can be found Here. what didnt make sense to many is that, Nintendo...doesn't have a single original copy? well i was chatting with some people yesterday about this, and they said nintendo could not dump their own game. but most of the virtual console games on newer consoles aren't dumps ,or copys over, at all they are remade with better graphics and more features. but mario bros is a very simple game, but nintendo being nintendo, had to just cheap out, and sell a copy from the internet. even though they deny it all together. do you think they could have a normal copy on wii shop? or do you go with the facts and believe that they downloaded a copy from internet explorer? (that might be near impossible with internet explorer) vote on the poll.

This is fairly old news, even the article you linked was 2017. I'd also say your title is misleading, since even if true, it's not a ROM hack, which would suggest theft of community work. It's just a ROM... Theft of their own work? lol
Reactions: Sterophonick, Bladexdsl, impeeza and 4 others

A developer named Tomohiro Kawase worked on the iNES emulator, the origin of these headers, and was later hired by Nintendo for their own NES emulation efforts (eg. the original Animal Crossing). Nintendo didn't download the ROM, that style of header just made it in officially to their own efforts at some point.
Reactions: Tsukiru, CompSciOrBust, AmandaRose and 3 others

At first I thought, "holy necrothread!" But then I realized that the OP didn't read the numerous articles dating to at least 2014 that pointed all this out. Ultimately it is their IP whether it is in an "illegal ROM" (which would not be illegal for Nintendo to have -- you get that, right?) or not. No story here, sorry.

"and [random teenagers you were chatting with prolly on Discord because, of course!] said nintendo could not dump their own game"

Clowns who wouldn't know how to write a "hello world" program in javascript dump cartridges on their superfluous Youtube channels, and you think N doesn't have the engineering prowess to dump their own ROMs?
Oh dear.
Reactions: Tsukiru, Bladexdsl, BETA215 and 2 others

this thread is a click bait, was discused almost 5 years ago here on gbatemp and others sources, more than a click bait is a zombie click bait (halloween related?)
Reactions: Bladexdsl

old news did you just find out about this OP? silly noobs always not checking or doing research before posting