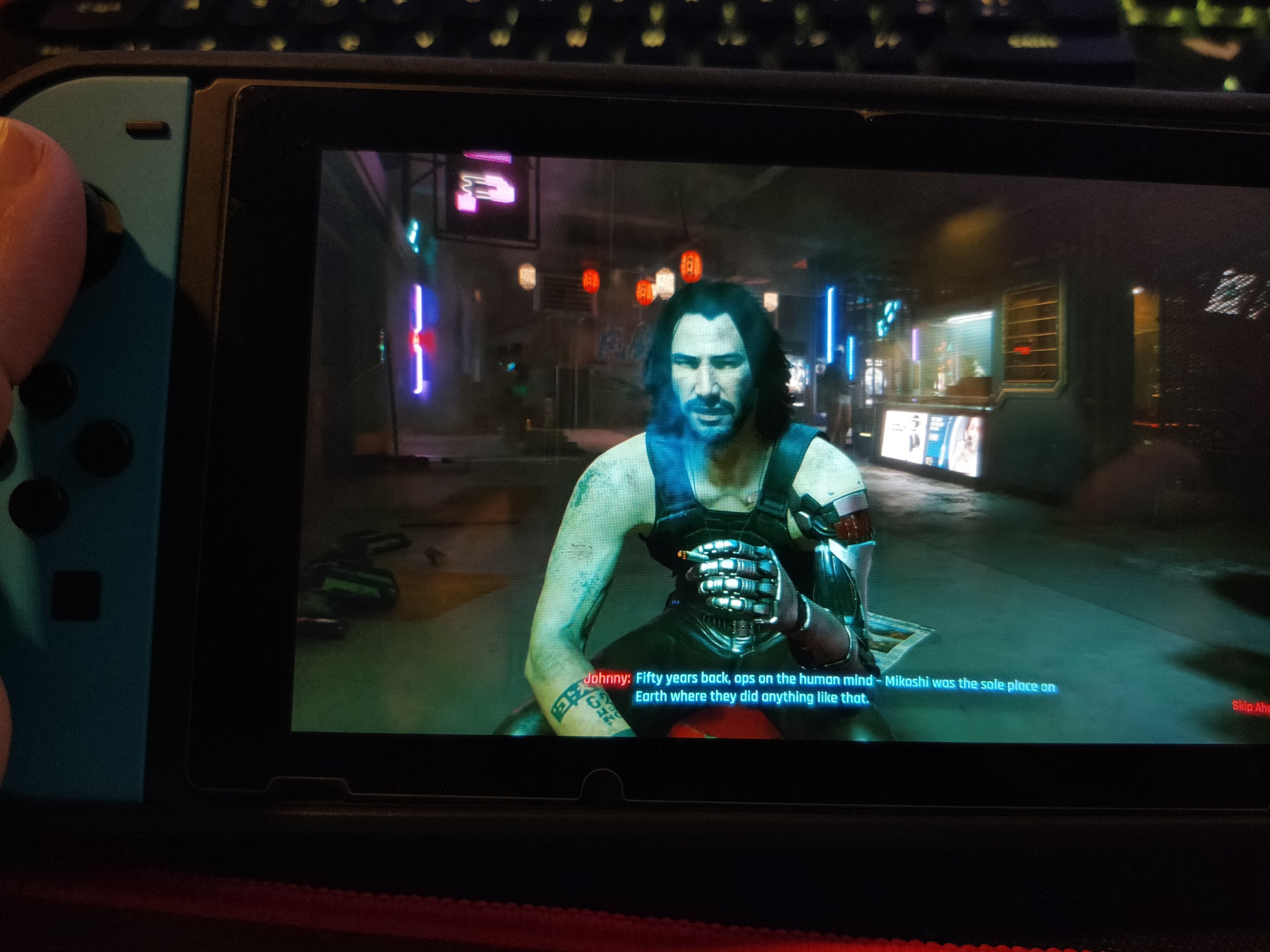 A very unexpected leak has emerged in the late hours of the day today that has caught both games journalists, gamers, Gamer Professionals and the industry at large by complete surprise. The existence of an exclusive version of CD Projekt Red's Cyberpunk 2077 for the Nintendo Switch has emerged, titled "Cyberpunk 2077: Portable Edition". A handful of screenshots of the port running on actual Nintendo Switch hardware have leaked along with details regarding gameplay, performance, download size and a potential release date. Although anonymous, it is widely believed the leak originated from a disgruntled Gamer Professional who formerly worked for CD Projekt Red in some capacity. 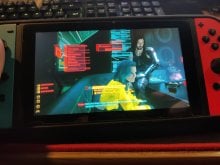 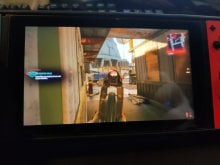 ​
It is suggested that the game currently runs at a dynamic sub HD 480p resolution and a capped "cinematic" 24 frames per second framerate when docked with a potentially lower resolution and framerate when running undocked. The games development is at near gold complete status with a potential release date of summer 2021. The download size of the game has been hinted at 85gb with an extra 10gb of data being pulled from the actual physical game cartridge. It is currently believed there will be no eshop version of Cyberpunk Portable Edition, you will need both the physical cartridge and the full download to play. This may be a form of DRM to protect the title from piracy, it may also be a method to get such an ambitious title working on the Nintendo Switch's feeble hardware. It has not been confirmed however how much of Cyberpunks PC and console experience will actually make it to the portable edition, with current rumours that only 50% of the games content will be available at launch. Possible future patches have not been ruled out later to add any missing content however. 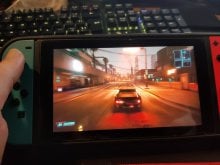 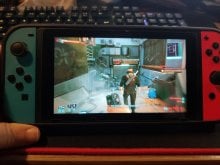 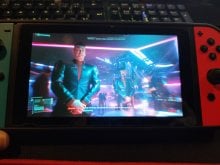 ​
In a attached statement the Gamer Professional who leaked the existence of the port along with the pictures and details stated:

"It is crazy how much development time and effort was invested getting Cyberpunk ported to a system that is less powerful than most budget phones. Developing this game for the switch resulted in less bug testing and optimization of Cyberpunk for the PS4 and Xbox One and also the PC. A large reason why we are seeing patches coming out for Cyberpunk for these systems now is that development of Cyberpunk Portable is almost done and is winding down, so we can refocus our efforts on the systems that actually have the capability to run Cyberpunk well once fully patched and optimised!"

We will keep updated with further information as it breaks on this story.
Reactions: Trash_Bandatcoot, Issac, Eternam and 39 others
Click to expand...

days over time to move on
Reactions: Julie_Pilgrim

Moved to the EOF now April fools is over, thanks everyone for making this thread a lot of fun.
Reactions: Issac, slaphappygamer, VinsCool and 7 others 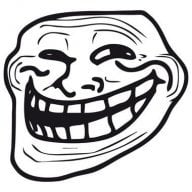 It can't even run on Xbox one nor PS4...
Reactions: Julie_Pilgrim

Would be funny if this actually becomes a thing in the future.
Reactions: Julie_Pilgrim
D

p1ngpong said:
The news has broken on reddit too. Please keep your conspiracy theories on 4chan where they belong.
Click to expand...

I'll reveal you a little secret of mine
The anonymous professional gamer was none other than... ME!!!
HAHAHHAHAHA I TRICKED ALL OF YOU!!! EVEN THE POOR @p1ngpong FELL IN THE TRAP HAHA!
HELL! HE EVEN FRONT PAGED IT!!!! WHAT A NAIVE SUPERVISOR HAHA!
Reactions: slaphappygamer

Noctosphere said:
I'll reveal you a little secret of mine
The anonymous professional gamer was none other than... ME!!!
HAHAHHAHAHA I TRICKED ALL OF YOU!!! EVEN THE POOR @p1ngpong FELL IN THE TRAP HAHA!
HELL! HE EVEN FRONT PAGED IT!!!! WHAT A NAIVE SUPERVISOR HAHA!
Click to expand...

you are so gonna get banned by @p1ngpong

Flame said:
you are so gonna get banned by @p1ngpong

ikr? Fooling him like that is unforgivable
I'm sorry ping, it was just an April's Fool
Reactions: p1ngpong and Julie_Pilgrim

Noctosphere said:
I'll reveal you a little secret of mine
The anonymous professional gamer was none other than... ME!!!
HAHAHHAHAHA I TRICKED ALL OF YOU!!! EVEN THE POOR @p1ngpong FELL IN THE TRAP HAHA!
HELL! HE EVEN FRONT PAGED IT!!!! WHAT A NAIVE SUPERVISOR HAHA!
Click to expand...

Noctosphere said:
ikr? Fooling him like that is unforgivable
I'm sorry ping, it was just an April's Fool
Click to expand...

It was just a prank, bro!
Reactions: Julie_Pilgrim

BitMasterPlus said:
So wait....y-you lied to us? No Cyberpunk for Switchies? T.T
Click to expand...

it would probably blow up your switch due to the sheer power needed to run turning your game console hybrid into a thermo-nuclear bomb
Reactions: Noctosphere and Julie_Pilgrim
J 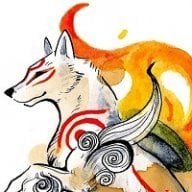 'Protect the title from piracy'? After a DRM-free PC version? Yeah, no...

@ DEMONGreninjaPG: oooh pizzza can i get a all meat pizza with pineapple Today at 5:35 AM
Chat 0