In search for some creative applications of their premium cardboard add-on for the Switch, Nintendo recently held the European-wide Nintendo Labo Creators Contest. In a press release today, the winners for the contest have been announced and they will receive a unique Nintendo Switch console with a special Nintendo Labo design as pictured below, which Nintendo calls "a money-can’t-buy prize": 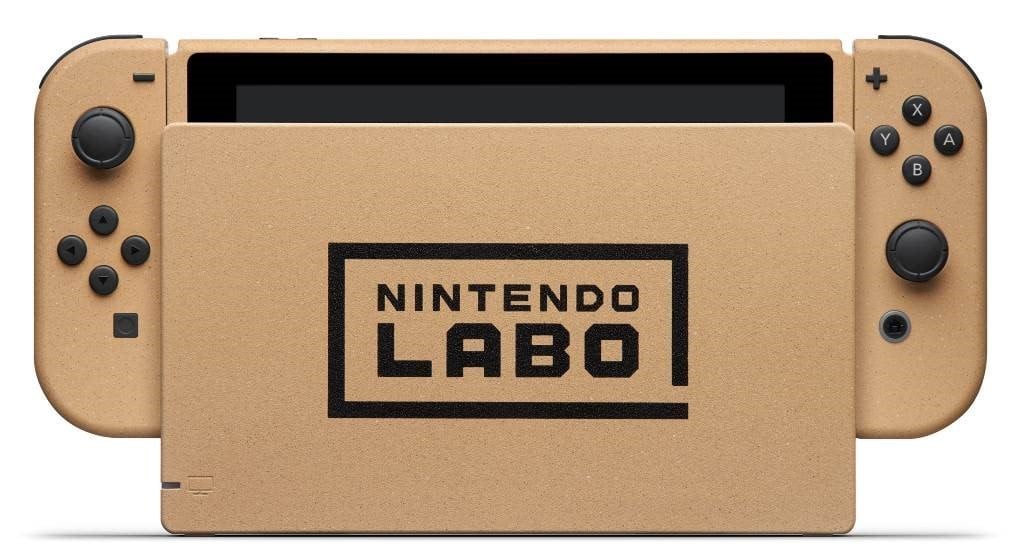 The creative winners were chosen from hundreds of entries across Europe in three categories – Creation, Customisation, and Kids – and the jury consisted of members of the Nintendo Labo development team who added their comments to each winner's design.

Entrant’s description: “Using the vibration of the Nintendo Switch Joy-Con controllers, we have created a game that dispenses [table tennis] balls through a funnel. The balls are supposed to be aliens. We shot at them pressing the button while they fall. The IR Motion Camera detects it and we get points. My daughters have helped me decorating the game, so the whole family has really enjoyed the project.”

Developers’ comment: “We really like the idea of using the Joy-Con controller’s HD Rumble to make the balls fall. Using the IR Motion Camera to capture the balls’ movement as they fall was also inspired. This game looks like a lot of fun too – we'd love to give it a try!”


Entrant’s description: “"Before the Nintendo Labo Creators Contest started, I was already thinking about customize the house as a haunted mansion. As soon as I decided to participate, some references from the Super Mario worlds become more and more important, and finally, the entire project happened to be closely related to those worlds (especially Luigi´s Mansion).

I wanted to maintain a marked Nintendo Labo spirit and I developed the Mansion with cardboard folds and tabs, based on trial and error, using a pencil, a, ruler a cutter and no glue. I tried to use the least number of materials. The idea was to give the house more volume and have a space to keep two of the mechanisms of the game, as I wanted to be able to use them in a more physical way once the mansion was over. My three year-old daughter and I love playing Luigi´s Mansion. Our Tomo is called ’Pepito’."

Developers’ comment: “This submission was beautifully customised right down to the small details and shows a great degree of craftmanship.”
“We loved all the ideas in this piece: from the gate that opens when you turn the dial, to the fluorescent paint that reveals a Boo floating about when it gets dark. The fact that you can take it apart, look inside the mansion and still use it as a Toy-Con House is really impressive!” 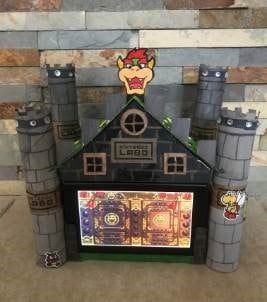 Entrant’s description: “A custom Toy-Con House made to look like Bowser's Castle.”

Developers’ comment: “We really liked how much detail has gone into this piece, and admire that the overall colour scheme is both pleasing and balanced. The four towers look thick and sturdy, and like what you'd expect on a castle. Very impressive! We bet Bowser would be happy with it too!”


Entrant's description: “Labo Cato has 2 different ways to play with it. Firstly it is a Interactive Pet. A Joy con is inserted into his tail, he can feel the movement of his tail and will meow and get angry when it is pulled. The IR Joy con is placed in Labo Catos head, so he can see IR Markers. To play with the Labo Catos IR function you must show Cato the IR toy Fish. Keep Catos attention with it and hearts will appear. 3 hearts are the maximum and Labo Cato will Purr using the Joy con Vibration and meow with joy. You can also use a second set of Joy cons to make Labo Cato show his Angry and Happy faces and meow a tune. The 2nd part of Labo Cato is a toy for a pet cat to play with. Catos body is ready and hollow for any pet cats to play, hide and sleep inside. Peepholes are crafted for cats to spy and play. A ball of yarn is also hanging within Catos body for cats to bat and pull. The yarn runs from Catos body to his tail. So when cats pull it they too can interact with Cato and make him meow!”

Judges' comment: "This design is both interactive and fun, showcasing the abilities of the Nintendo Switch when combined with the external creativity that you can put it in. The clever use of coloured film to change the light makes the cat really come to life. We particularly liked that it not only acts as a game, it is also a little house for a cat to play in. Lovely effective decoration, too. Well done!" 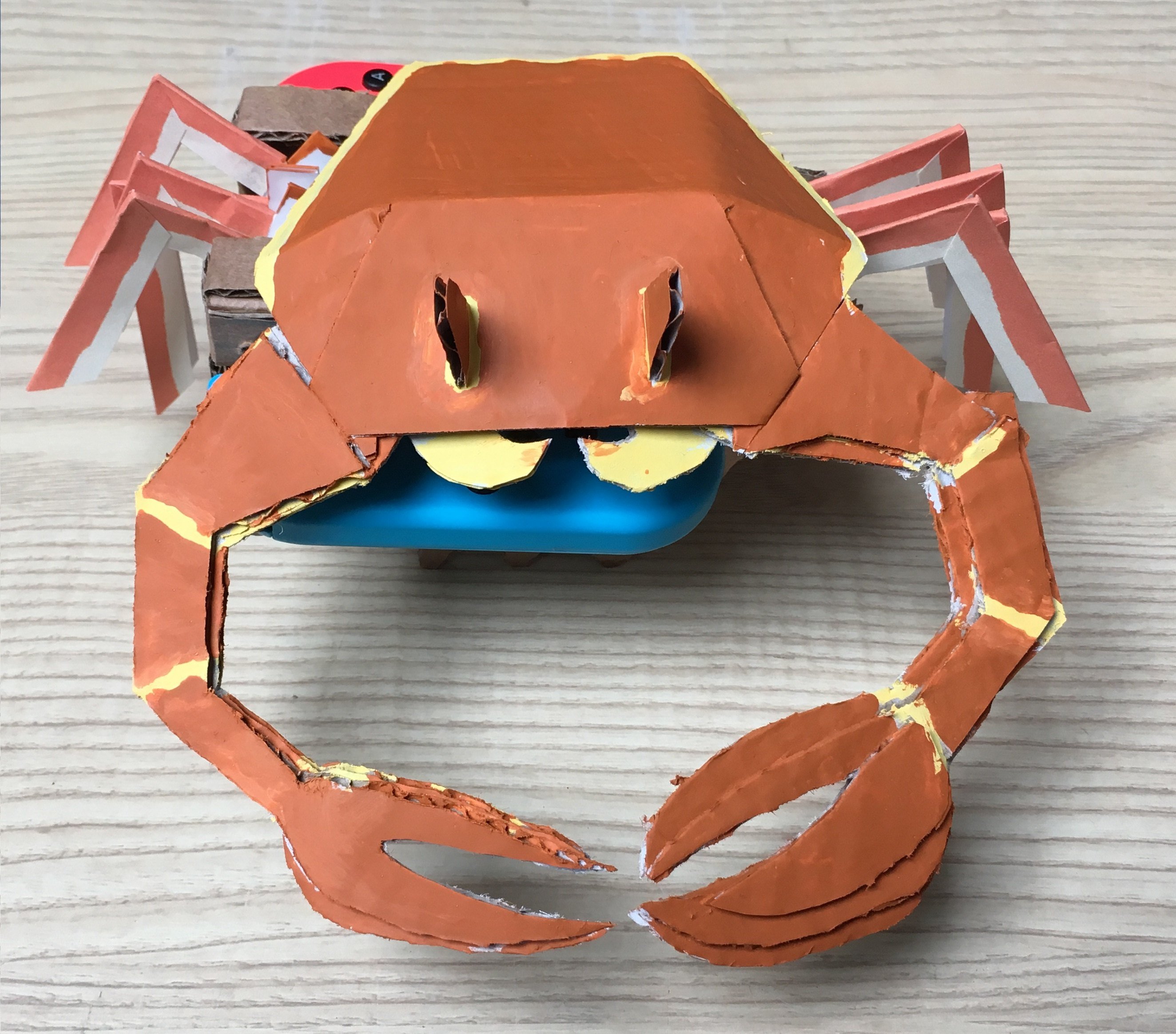 Entrant's description: “Crabo is an Automaton impersonating a Crab, built on the LABO RC Car base and featuring moving legs. I wanted to do something unusual with the RC Car, so I started by choosing to make a crab due to their fairly unique form of locomotion, that is to say, sideways. I loved the way Nintendo was able to get motion out of the nearly static Joy-con with the original RC Car, and I wanted to see how far I could push that idea with animated components powered by the motion of the Toy-Con. To that end I developed the mechanism allowing the legs to move, driven by a small wheel underneath. This required a fair bit of experimenting and testing, having enough friction to move the legs without having enough to stop the Toy-con moving altogether. the frame, body, and arms are made from cardboard, the mechanical components from plastic sheets, and the legs from paper.”

Judges' comment: “We really love how the crab RC Car has been modified to have moving crab legs and how its moving sideways, rather than its conventional forward and backward approach. This customisation went above and beyond to show how Nintendo Labo can be customised beyond what is provided in the box and how you’re not limited to the shape, size, cardboard and direction of movement.”


Entrant's description: “This is the Labo Fish. From the detachable heads to the moving tail, this toy-con is great fun for all. It also comes with a lever for mini games and a joy-con holder style fin for lots of IR fun. The main fish is called "Norbert" , but comes with two extra heads - "Bubbles" and "Jaws" if you prefer a more friendly or more scary fish. Each head plays a different song or effect when you connect. The tail also moves and is controlled by a push button on the base (based on the push block from the house, but which extends a lot further). The tail is connected to the body by a bolt and a cardboard rod to the push button. Throughout the coding process we tried a lot of mini games including: a game where you press the tail-moving button to move along a path but you have to get past different obstacles using other items. In the end we didn't have time to finish this game so we stuck with a game where you have to fill up a fish tank using a lever in 10 seconds!”

Judges' comment: "This is amazing! We would definitely get this!"


_________________________​
That's all folks! Did you get a hold of any Nintendo Labo kit for yourself? How has your experience been so far? Or have you come up with some ideas/customisations of your own? Feel free to share them in the comments section below!

Wow I hadn't heard about this! (But I guess that may be because I'm American)

Very cool contest idea. And wow, that custom Switch looks great. The first Switch that doesn't just look like they put a crappy skin over it.
Reactions: pandavova and Mnecraft368
M

x65943 said:
Wow I hadn't heard about this! (But I guess that may be because I'm American)

Very cool contest idea. And wow, that custom Switch looks great. The first Switch that doesn't just look like they put a crappy skin over it.
Click to expand...

I have to agree with the custom switch part, it looks very cool!
Reactions: x65943

I love the whole Labo concept. It was a selling point for me. 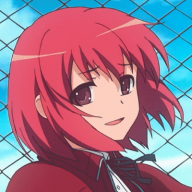 Holy shit, they actually applied the skin to the Switch tablet itself. If only they would do that for literally any other bundle.
Reactions: osaka35 and x65943 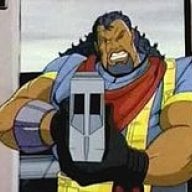 On the subject of "Nintendo Labo" in and of itself, one must ask the question: But why?