Ninja Gaiden 3: Razor's Edge 1.0.1 (physical release)
Two resolution mods are included, 1080p and 900p, a 30 FPS cheat is included because the game can't hold high resolutions at 60 FPS and dynamic resolution will kick during intense fights.
I prefer 900p because there's no slowdowns or noticeable frame drops, anyway you can chose the one you like.

It's only tested in the physical release:

Code:
It COULD work in other releases but you need to edit the TID and BID, in both the patch and cheat code.

Credits to @Hazerou for his 60 FPS cheat 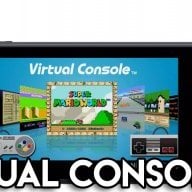 Can we have 720p in handheld mode for this game?

Idk how to do it

@ Julie_Pilgrim: ok not that low spec 1 minute ago
Chat 3