Well, I've just heard this now! Nintendo designer Shigeru Miyamoto will be showing off a new mystery title at E3 introducing the link between GameCube and Game Boy Advance. This was stated in an interview published in this week's issue of Famitsu Weekly.

As usual, in his secretive manner, he didn't reveal much about this, but there will be more news between now and E3.

A mystery game huh? Sounds exciting, but, what do you mean by ''the link between GameCube and Game Boy Advance''? You mean, like, the link between Metroid Prime and Metroid Fusion?
J

QUOTE(X-Gamer @ Feb 12 2003 said:
A mystery game huh? Sounds exciting, but, what do you mean by ''the link between GameCube and Game Boy Advance''? You mean, like, the link between Metroid Prime and Metroid Fusion?
Click to expand...

That is where i got it from, Tempest, could you clear this up, as you clearly would understand the meaning of this sentence.

If that's the precise wording of the sentence, than it means the REAL power of the system's connectivity. I've seen some pretty good examples of what this could be in my talks with friends:

1) Imagine an RPG where the battle interface, menus, and whatnot are ON THE GBA. The cube is complete immersion with no windows, numbers, or anything. Instead, stuff like the minimap and subtitles are displayed on the GBA, while the sound comes out of the TV.

2) In said RPG, the character dreams, which is only viewable on the GBA. Details from the dream could be used to find a new subquest or the like.

3) In games like Final Fantasy Tactics (NOT the game itself, but games of that style), saving characters and equipment to the GBA cartrige instead, allowing a connection to another GBA for battles or to another Cube in place of a memory cart. The idea is that you bring your party into your friend's file, he pays a price at a mercenary camp, and your party can show up in his next battle, to help him win it! Or, in games that use a system like Diablo's for making items (randomly), suppose you find all the stuff you need to make an excellent runesword, but are missing a mystic anvil or something, but your friend found one. Using this system, you can connect to your friends' game (while they visit as a travelling merchant in-game), and buy it off of them. You incorporate elements of a trading game like MMBN or Pokemon with elements from Diablo and MMORPGs -- while still having it a predominantly single-player game!

4) a 2-player mech-type game. Imagine one guy on the cube piloting the mech and figting hand-to-hand, while the other (on the GBA, which displays targeting data) coordinates with special attacks and lock-on targeting ("Mike! This one's fast! Lock on to the engine and see if you can jam it! I'll try to cut down those missle launchers!")

5) Find an item in an RPG that works like a translator. This item is mimicked in your GBA. You can't understand a word they're saying -- until you look at your GBA screen, which has a transcript! This same feature could be used to save and record conversations, replayable at ANY time (in a cutscene, for instance) since it's a separate game system.

The ideas keep coming up with themselves. My guess is it's one of these ideas. A game that truly exploits the connectivity between the portable system and the console. Most likely the disc will be sold with the GBA cartrige in the same package.

Just the desires of an old gamer... I'd think Nintendo's the right company for it, too -- they're powerhouses of innovation like this, and if anyone's gonna do it, they're it.

Thanks Tempest for clearing this up, as usual.

Hey, that's just my guess! The true meaning of the sentence is exactly as he said it.

However, I think he wouldn't emphasize the connection this much unless it was the game's MAIN feature -- I mean, look at Wind Waker. It's advertised as a Zelda game that offers a reward for the link. Same for Metroid Prime. They were not announced as a "link" game until AFTER they were announced elsewhere. The link HAS to be a big feature in this one...

Hmm... Using both Gamecube and Gameboy Advance for ONE game. That'd sure use the full potential of a two systems link. Well, thanks for your interpretation Tempest. Now, we'll wait for further news on the game itself.

No, its none of them

Its a mystery tittle, which he has'nt revealed yet.

but dont worry, he cant keep it a secrete for long, it will have to br revealed soon.

Oh so the game is Mystery Title!!
Cool name!! 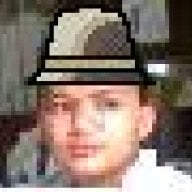 It's Electronic Entertianment Expo. These usually happen around May 20 or so, give or take a few days, and they last from 3-5 days if I recall correctly.

QUOTE(Tempest Stormwind @ Feb 13 2003 said:
It's Electronic Entertianment Expo. These usually happen around May 20 or so, give or take a few days, and they last from 3-5 days if I recall correctly.

but i'm preety sure i'll give more info out in the Famitsu weekly mag.

My guess would be the for the "Mystery Title" would be the Pokemon GCN game. It's allready been rumoured/reported that the GCN Pokemon wont work unless you have the GBA Ruby or Sapphire linked to it.

Maybe he will be showing off how the new system will work for the linke between the Pokemon GCN and GBA versions.

That is my GUESS, or at least what I am hoping to hear about.
L

Hmmmm... I think, once again, that Tempest has the right idea here. Those ideas of his reminds me of the VMUs on the Dreamcast. I thought it was so cool what game companies did with those. I especially liked in Resident Evil: Code Veronica wher you could read how much health and ammo you had in real time on the little VMU screen. Too bad the Pocketstation never made it, it had some potential. I've been waiting forever for a newer system to utilize a feature like this. Who knows? Maybe this could be it.

I got some of my ideas above from Penny Arcade, particularily here (their comic with Gabe's new Square and Nintendo hat). Tycho's way with words is better than mine, I have to admit. What made me think of that link was you mentioning the VMU -- he did as well. That's a nifty idea, but the only advantage it has over the GBA is that it's cheaper and the connection cable is free. (Don't get me wrong, I liked most of the DC as a system, I just didn't play a lot of it)

Tycho has one idea in particular I didn't mention, since I never would have thought of it on my own:

QUOTE said:
The most basic thing you could do would be to put a prequel out first on the GBA, and imbue the actions/experience/equipment and relationships with ramifications for the eventual GameCube version. Carrying a character through a series of games used to be commonplace on the PC - I need but invoke the legendary "Gold Box" or "Quest For Glory" series, and a generation of gamers will nod their head in silent agreement that we've taken a step back of late. The concept, though - fairly simplistic. Still satisfying.
Click to expand...

Wow. I REALLY hope they're doing this. It even fits a bit with the Pokemon idea lutomes said. I wish they'd do it with a Final Fantasy (FFT:GCN anyone? Carry over your old party if you want!

Like I, and Tycho, have said, the ideas come up with themselves! I'm shaking in my pants waiting for E3 now....

PlatinumGames has a "big announcement" they'll be revealing on February 27th