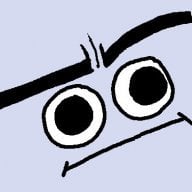 I've tried cakes and ReiNAND so far but they haven't worked, I used emuNAND9 to set the whole thing up and it gave me the starter package with pretty much everything installed. When ReiNAND didn't work, I grabbed the latest one and used that one as a .3dsx file instead of the xml shortcuts on gridlauncher, and it worked I think. But since it didn't have FBI, I recloned the sysNAND to emuNAND, and now it doesn't boot on that either.

Haven't tried rxTools, and I didn't have menuhax installed before doing it. I'm pretty sure my nands aren't unlinked though. Any wisdoms to share?

Hacking Help, I got a problem transfering data to my New3DS SD Card

@ Julie_Pilgrim: is this actually sexist or am i just easily offended 5 minutes ago
Chat 1