Thanks to Cht4Ever for spotting an error 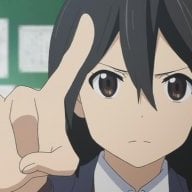 Ohh, was the error that trainer that was off by a couple of #'s =p. Also, do you think we'll see a patch DAT file anytime soon? (I'll offer my help for this)
K

I have a simple question....what the heck is a trainer?? I've been seeing stuff like that all over ther these rom sites..and I'm wondering..what is a trainer?? Im interested...
G

A trainer is like a cheat for a game. It gives you like Unlimited lives, energy ,Etc....
H

That like saying it's stupid to cheat on an easy test, some things may be harder for other people. Specifically a trainer has the ability to patch a game file to change gameplay (IE, infinate lives, unlock levels, etc).

I'd only use it in games that are **** hard myself, like Megaman Zero 2 for example...and I'd NEVER use it in an RPG, like Mario & Luigi

To be more exact, a trainer directly modifies memory locations while a program is running to alter something in the game, very much like a gameshark or action replay would. Patches however modify the rom itself.

Very often a trainer will be in the form of a patch which will embed the trainer within the rom! For PC games trainers are most often external programs, yet, for older platforms such as the Amiga, trainers would be put directly in the programs themselves even though they were capable of multitasking... Go figure!
D